Internet’s working a little better here at the TechCrunch50 conference. Here’s a summary of the last session:

Yammer
A sort of Twitter but for work groups, where employees can post about what they’re working on, and everyone can see it in one place. It’s a cool idea, that I’m looking forward to trying out more.

Blueprint
Multi-core processors can allow for powerful new web applications, but designing “multi-threaded” software is hard. Blueprint is trying to make it easier, by offering a software platform that lets developers design, code and deploy software that scales across processors and computers.

OpenTrace
Lets you find out where the trace components of food and other products so you can figure out what parts came from where. You can scan barcodes and trace the route of the food from production to the consumer level. This is another one that I can’t wait to try out more. 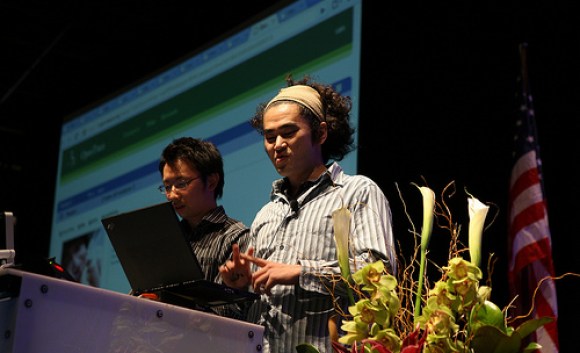