The New York-based company has also raised $2 million in a first round of funding from angel investors. The company tested its “grid streaming” technology with NASA’s TV network.

DigiMeld has already completed a series of live tests with NASA that include the simultaneous broadcast of a space shuttle launch. The company reports there was no down time and it had more than 100,000 HD concurrent video streams. That is, more than 100,000 people watched the launch at the same time on the web. 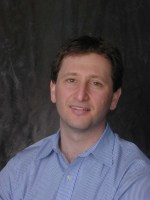 The patent-pending technology was developed by Alex Mashinsky, founder of the Arbinet-theexchange. It uses intelligent distribution of content among a network of Internet video viewers. This so-called “peer-to-peer” technology is being pursued by companies such as Andolis.

DigiMeld competes with start-ups such as Andolis and BitGravity. It plans to market its solution to established content-delivery networks such as Akamai, which sets up a series of servers around the Internet to deliver video to users. There is a contrast between DigiMeld’s technology and others. While some companies use a group of peers to distribute video in the fashion of a tree — with each user a separate branch — DigiMeld uses a structure that resembles a grid. If you lose branches, your video quality can suffer as a result. But in a grid, there is more redundancy and a single user isn’t as important.

Unlike traditional CDNs or multicast network solutions, DigiMeld allows each viewer in the DigiMeld grid streaming network to simultaneously retrieve, view, and share streaming video data with other viewers, inside an encrypted network. While file-sharing firms such as BitTorrent store an entire video file on a viewer’s hard drive, DigiMeld stores only a portion of the streamed content on the client. This small portion is continuously overwritten by newly-arriving video data. That makes the network more efficient in terms of use of bandwidth and it improves the ability to protect the content from piracy.

This kind of technology is going to become more important as people share more video online — and network operators such as Comcast struggle with the amount of video being shared. Comcast recently decided to put limits on the people who download the most video on its cable-modem network.

The company is also developing a portal for narrowcast video publishers to test its network. It is creating a personalized video player that can generate a user-controlled playlist for self-publishing video channels, gather stats, or create geographically targeted broadcasts. DigiMeld sends its traffic via the best-performing Internet service provider at any given time.

Mashinsky founded the company 2.5 years ago.