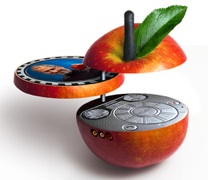 When Apple purchased Silicon Valley-based chip maker PA Semi back in April, the rationale seemed clear: Apple would now be able to build its own microprocessors for use in its iPhone and possiblly iPod products. That was confirmed in June by Apple chief executive Steve Jobs himself, but it still wasn’t clear what kind of chips these would be. It seems the answer to that is ARM chips, according to an Apple employee profile on the business networking site LinkedIn, which the New York Times’ Bits blog happened upon.

Specifically, Wei-han Lien, who is the senior manager chip CPU architect for Apple, has listed that his role with the company is to “manage ARM CPU archtiecture team for IPhone.” Lien was one of the engineers who came over to Apple as part of the $278 million deal for PA Semi.

ARM is a type of processor that is common in the mobile industry because of its low power consumption. The current iPhone uses ARM chips believed to be built by Samsung. But by making its own chips, Apple can create fully customized ones for future iterations of its mobile devices.

This will undoubtedly also help Apple maintain secrecy about upcoming products. It’s possible that Apple could use the PA Semi team to construct a special chip for future mobile Internet devices, VentureBeat’s own Dean Takahashi speculated back in April. That could include something like the Mac Tablet computer that is rumored to be in the works. Though, for such a device an ARM chip may not be powerful enough and Apple may opt to use chips by Intel, which it users for its desktop and notebook computers.

The Bits’ piece goes further into the ramifications of Apple buying PA Semi, including speculation that the Department of Defense has been pressuring Apple to continue to supply it with PA Semi chips for use in the U.S. military’s missiles.

The iMissile. Coming soon to a war zone near you?