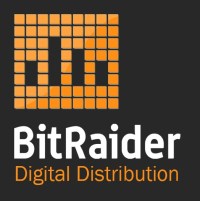 BitRaider is launching a new way to download games today at the the Austin Game Developer Conference.

The Jacksonville, Fla.-based company has a smart streaming technology that allows players to start playing a game when only 10 percent of the download is complete. The player can continue to play without being concerned about whether the game play will be messed up by the download in progress.

That point is important to gamers who want both instant gratification when they purchase an online game as well as a high-quality experience, said Royal O’Brien, chief executive of BitRaider. The BitRaider technology figures out what digital assets the game needs and streams those ahead of time. It takes advantage of computers with multiple cores, or computing brains, on a single chip. It also works with any type of PC game.

BitRaider uses a small loader program that locates the assets, installs the package, and works without being disrupted by antivirus or digital rights management software. The company will compete with internal solutions used by game developers as well as third-party technologies such as Valve’s Steam.

The company says it hopes to improve the quality of digital distribution, resulting in fewer players abandoning downloads. It also says the BitRaider software uses less than a megabyte of hard drive data and a few megabytes of main memory in a computer. It unloads itself from memory when not in use.

BitRaider was originally founded a couple of years ago. O’Brien previously founded DiStream, which later spun off Game xStream. The original investors of that company wanted to go in a different direction. O’Brien negotiated an agreement so that he was free and clear to start a new company, BitRaider, but he said BitRaider does not use any technology from his prior company. The company has five employees and is self-funded.