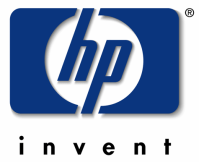 Hewlett-Packard is cutting 24,600 jobs, or 7.5 percent of its work force, over the next three years. The victims are part of the effort to integrate the operations of newly acquired computer services company EDS into HP. Nearly half of the cuts are in the U.S., but the company plans to replace half of those positions to better address worldwide markets.

HP said the restructuring will result in $1.8 billion annual savings. Mark Hurd, chief executive of Palo Alto, Calif.-based HP, said that the cuts will help the company in the long run. HP agreed in May to buy EDS for $13.9 billion. The deal closed last month. Even after the cuts, HP will be the a giant. The combined companies have 325,000 employees.

The layoffs are expected to hit both companies. Hurd told analysts the cutbacks would streamline costs and allow it to invest in growth parts of the business. While this is going to be tough on employees, Hurd has a decent track record when it comes to creating jobs after he slashes them.

Carly Fiorina created a furor among the working class when she cut back 20,000 jobs at HP and Compaq as the two computer makers merged in 2002. Hurd came in as Fiorina’s replacement in 2005, cut thousands more jobs, but then managed to turn the financially struggling company around. The net result was a much larger HP in the long run. I wouldn’t expect the same kind of furor over these cutbacks. When you look at the carnage on Wall Street, which is a major purchaser of information technology, it’s easy to see why the cutbacks are running deep.

Still, it’s going to be tough for the employees.