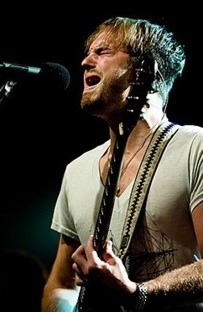 Streaming online music services such as Last.fm, imeem and soon the new MySpace Music have one huge advantage over using services like iTunes or AmazonMP3 for music online: They’re free. Increasingly though they have another: Previewing new music early.

Because the music is being streamed and is not available for download, more bands are becoming comfortable with using this as an early means of promotion. Other bands such as Portishead, Sugar Ros Motorhead and the hip-hop artist Nas have used Last.fm as an early preview platform as well. Musical acts routinely do these previews on radio stations, but sites like Last.fm gives users the ability to listen to a new album in their own time.

The album itself sounds pretty good. And how can you not like a band that gets this quote from guitarist Matthew Followill into a press release: “We don’t wake up, take a shot of Jack and do a line of coke. We wake up and start singing or playing guitar… and then we party.”