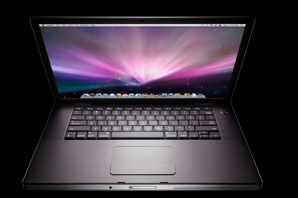 Disappointment following certain Apple events is hardly new. The company sets the bar so high that now it seems anything less than a new iPhone will be a disappointment. Apple’s “Let’s Rock” even last week was no different. While most of the things it announced were pretty cool in their own right, the event lacked the signature “one more thing” moment, which many had hoped would be new notebook computers. To those left wanting, there may be good news yet.

New versions of Apple’s MacBook notebook computers may already be shipping, Citigroup analyst Richard Gardner said in a report today. Specifically, Gardner is suggesting that his checks have found that new MacBooks with “very thin aluminum casing, an LED-backlit display and an aggressive entry-level price point,” are coming shortly.

It’s not entirely clear if Gardner means actual MacBooks or MacBook Pros. Rumors have been swirling of a MacBook Pro complete overhaul as it’s been several years since the form factor has changed significantly on that machine. The actual MacBook on the other hand was updated just last year. The MacBook also currently is housed in black and white plastic, while the MacBook Pro is housed in aluminum casing, as described by the report. Still, Apple could be transitioning all its computer products over to aluminum, since the iMac desktop computer was given that redesign as well last year.

Another interesting theory by the Apple blog Cult of Mac has Apple unifying the MacBook and the MacBook Pro into one device with several configurations.

The MacBook Air, Apple’s ultra-portable machine could be in for an update as well. It was unveiled at MacWorld last January.

The report goes on to say that a sharp production ramp is taking place this month, and that the new notebooks should be unveiled next month. This is in line with rumors of another possible Apple event taking place in October to show off new computers. October 14 is the date that the blog Daring Fireball has heard.

So, if you’re in the market for a new Apple computer, put down that wallet. You’ll want to wait and see what happens in the next few weeks.