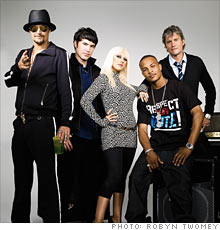 MySpace to launch free digital music service — MySpace Music sounds interesting, but it may not quite live up to Fortune’s declaration that it “promises to be the most significant roll-out of a digital music service since Apple’s iTunes.” Since you have to purchase songs from another service like iTunes if you want to download them, this doesn’t actually sound much more useful than existing service imeem. Meanwhile, the Los Angeles Times has some speculation about who will lead the new company, suggesting that the short list is down to two names: Owen Van Natta, Facebook’s former chief operating officer, and Andy Schuon, a longtime Universal Music executive.

Merrill Lynch agrees to sell itself to Bank of America — The nation’s largest brokerage firm has lost more than $45 billion in mortgage investments, and plans to sell itself for $50.3 billion stock, according to The New York Times. Meanwhile, another prominent Wall Street firm, Lehman Brothers, has filed for bankruptcy.

LinkedIn to launch its own ad network today — When users of the professional networking site visit partner sites, a cookie with some of their information will allow the sites to deliver targeted advertising. The program will have an “opt out” option.

AlleyCorp co-founder predicts $50M in revenue in 2008 — That’s up from $8 million last year. The Manhattan incubator’s network of companies (which it does not own) includes news site Silicon Alley Insider.

Hackers break into new Hadron Collider computer system — Talk of how the collider will bring about the end of the world is already running rampant, and this should only make it worse. 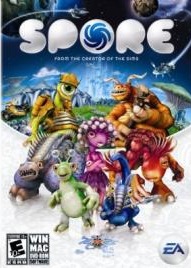 Did Spore copyright protections backfire on game publisher Electronic Arts? — Gamers’ anger at what they saw as overly restrictive copyright protection has led to a flood of negative reviews on Amazon, although it’s not clear whether that’s had a substantial effect on sales.

Intel worker accused of stealing confidential documents as he heads to job at AMD — The news comes as the competition between the two chip makers intensifies, with Intel set to announce a new chip today.