How will the current crisis on Wall Street affect Silicon Valley? — “I don’t think it will have much of an impact on Silicon Valley as an operating entity,” banker Bill Hambrecht tells Om Malik. Watch the video for more.

Meanwhile, how will online advertising be affected by Wall Street turmoil? — Maybe not so bad, some hopefuls in the industry tell PaidContent.

The Wall Street Journal gets a redesign — See screenshot or click here. 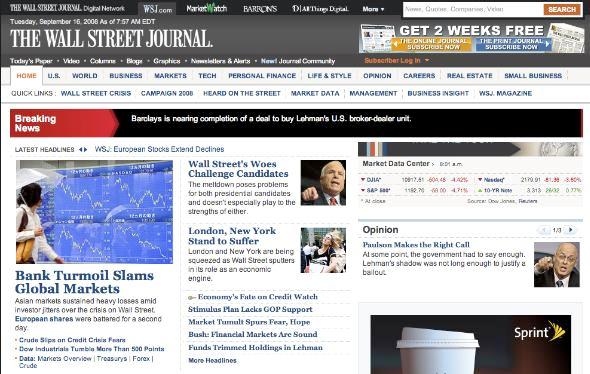 The Wrath of The Lich King is coming — The massive multiplayer online game’s creator, Blizzard, expects to release it around the world on November 13. Meanwhile, EA prepares Warhammer Online for September 14th.

Nanosolar to build ten-megawatt farm — This will be the first really good-sized deployment of the company’s technology.