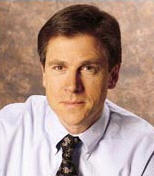 John Denniston, who formerly had the COO role, now oversees the firm’s Green Growth Fund, along with Ben Kortlang.

Keller brings more than 20 years of experience as a senior executive at a variety of technology companies. Most recently, he served as Chief Executive Officer at Movaris, a private enterprise software company that provided a suite of financial governance applications. During his tenure, Keller built the firm’s executive team and customer base, completed two private financings, and successfully merged Movaris with Trintech Group Plc in February 2008.

Previously, Keller served as Chief Financial Officer for medical device company Ventritex, application service provider Corio, business communications solution provider Aspect Communications, and scientific instrument firm Dionex. At these companies, he counseled CEOs regarding business strategy, organizational, and operational matters, and developed the teams and processes that enabled the companies to grow. Keller currently serves on the board of directors at Shutterfly and was previously a member of the board of directors for Marimba. He holds a B.S. degree from Cornell University and an M.B.A. degree from the University of California, Berkeley…

…”Eric has an exceptional track record of driving companies forward,” said Ted Schlein, KPCB Partner. “Having successfully led startups in diverse technology fields, including software, services, and medical devices, he has a deep understanding of entrepreneurs and how KPCB can help accelerate their innovations.”

Keller joins KPCB as the firm grows its capacity to help entrepreneurs succeed. New ventures partnering with KPCB benefit from the firm’s expanded presence in Asia-Pacific and Europe, and the increased investment opportunities of three new funds introduced in 2008. “I’m thrilled to apply my operating experience to helping Kleiner-backed entrepreneurs build better ventures,” said Keller, who was named one of the “100 Most Influential People in Finance” by Treasury & Risk magazine in 2006.