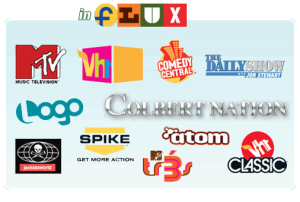 MTV Networks has acquired social networking platform Social Project, in a move that shows media conglomerates are still willing to make purchases despite the worsening economy. Formerly known as Tagworld, Social Project had received a large infusion of funding when MTV Networks invested a reported $40 million in the social networking platform about two years ago, and went on to power Flux, the online community for MTV.

Social Project has become the foundation for many of Viacom’s online communities for various television shows, from Colbert Nation to the recently launched Backchannel, and it looks like MTV Networks is pleased with the work Flux has done and would like it to become a more integral part of Viacom’s larger online social initiatives. Social Project is also being used by MTV Networks as a platform that other third parties can use for their own purposes, indicating that MTV Networks will continue Social Project’s present strategy of enabling others to promote content publishing within an established online community. For example, Flux Lite allows website publishers to add user-generated content to their existing sites.

From a branding perspective, continuing the platform approach could possibly provide MTV Networks with a very large network of online communities to use for advertising purposes or mere metrics to be used across their own web-based social initiatives. Considered a potential competitor to Ning and once promoted as MTV’s own version of MySpace, Social Project’s Flux platform has taken a somewhat pliable approach to cross-network media sharing and can now be considered a full-fledged member of the Viacom media family.