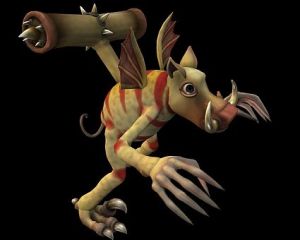 The “Spore” computer game is off to a good start with 1 million games sold at a retail, Electronic Arts said today. The computer game, one of the most ambitious ever made, took famed developer Will Wright (See our interview with him.) seven years to make. It launched on Sept. 7.

In the game, you can create your own creatures and shepherd them through life from single-cell animals all the way up to a galaxy-dominating species. EA said today that more than 25 million creatures have been created and uploaded to the Sporepedia. Players can download those creatures into their own single-player games and have their creatures compete against the downloaded creatures.

It’s no surprise the game is a hit, since it was the most hyped video game in history. But it’s interesting that sales are strong despite a continued campaign by some players to protest what they consider to be EA’s Draconian use of digital rights management, or DRM, in the game. The DRM stops players from putting the game on as many computers as they want.

The anti-DRM crowd has been vocal, organizing an effort to give the game poor reviews on Amazon. There is even a lawsuit saying that the DRM software alters the user’s hard disk drive without disclosing that it does so. EA has been forced to back down on its DRM stance, apologizing to users and changing the DRM so that users can put the game on five machines instead of three. It is interesting that Spore has had slightly better than normal reviews from critics and strong sales in spite of the DRM controversy. Spore is available on the PC, Mac and Nintendo DS. The sales include revenue from all three platforms.

Meanwhile, LucasArts said that it has sold 1.5 million copies of its “Star Wars: The Force Unleashed” on the Xbox 360 and PlayStation 3 since its release on Sept. 16. That’s the fastest sales rate ever for a Star Wars game and it beats the sales rate of Spore. That game has cool new features such as real-world physics, where you can smash things and the break the way they do in the real world, and smarter enemies who protect themselves as they are attacked. In the game, the player is Darth Vader’s apprentice.