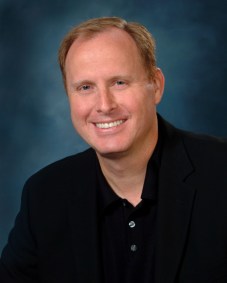 John Smedley grew up playing the “Dungeons & Dragons” fantasy-role playing board game during lunch. Today he’s president of Sony Online Entertainment. Smedley was in New York to give the keynote at the inaugural New York Games Conference, which was under extremely tight security. But it turned out they weren’t there to protect Smedley or the conference – Mahmoud Ahmadinejad, the president of Iran, was actually staying at the hotel across the street. That was the backdrop as Peter Suciu, a longtime video game writer in New York, sat down to talk with Smedley about the future of online games.

VB: Sony’s EverQuest was once the most popular, most talked about online role-playing game, but its been eclipsed by World of Warcraft. Do you ever see a way that an EverQuest property can recapture that top spot and regain the crown? 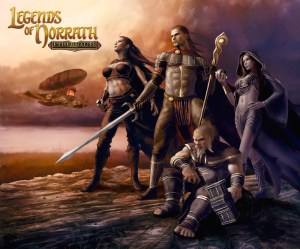 VB: So maybe there will be a South Park episode centered around EverQuest?

VB: All the of the most successful MMOs have had a fantasy element. The success of those games is something that not even “Sims Online” or even “Star Wars” could match, so why is the fantasy element such a draw for gamers?

JS: It has more to do with the gameplay in them, and in the case of Star Wars I think that is an IP that can reach millions and millions of people. From our perspective, at least while we were creating, it was a different time and a place. But what we’ve seen is that gameplay has evolved so quickly to become a bit more of the casual play and less of the super hardcore that we had started with EverQuest. So that’s something we’re adapting to, and that’s why we have [the free upocming MMO] “Free Realms” and we have “DC Universe Online” and why we have The Agency. We’re broadening out our demographic to be sure that we have games that fit in a lot of different genres, and therefore appeal to a wider range of gamers. I think it is possible to do big games that don’t have to be in the fantasy space. 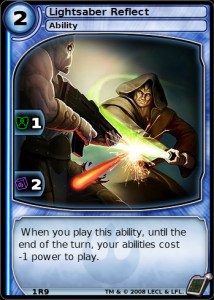 VB: We’ve even seen fantasy games show up, such as “Dungeons & Dragons Online,” a property that has been around longer than EverQuest or World of Warcraft yet it didn’t reach that mass appeal, why?

JS: A lot of that is a matter of quality too. You have to have some new and something really cool to appeal to people. But there have been a lot of what I would consider high caliber and high quality games that haven’t done terribly well. What it takes to have that extra spark is making sure that you take the time to do the releases right. That is something we’re focused on. We’ve been invested in this game Free Realms since 2005 and we have the best in class for free MMOs. It is coming out in January, and we’re really proud of that.

VB: What can you tell us about Free Realms?

JS: Free Realms isn’t exactly high fantasy. I’d say it is more whimsical fantasy. Think of the movie Shrek, and you wouldn’t be too far off. It is that kind of irreverent humor set in a fantasy world. But we still think that high fantasy has a key pillar spot in our company. We want to continue to invest in that, and we are doing so very actively.

VB: Costs are rising in the MMO space, but are we seeing enough players to support the games for the developers to stay profitable?

JS: First and foremost, you have to make great games. But a close second to that is run your business smart and profitably, and that’s something we’ve been doing for many years. We believe very strongly that you have the investment spending with huge negatives. And now I see a lot of venture money going to this space and a lot of it is going into chasing World of Warcraft, and what we should be focusing on is what is the next best thing. Now we’ve seen some games come in at the low, low cost and there have been some very good examples of that, such as Eve Online. They started very small with that and its grown very well. But I think we’ll see the Warhammer Onlines, and the next EverQuests. These are the high budget brands just like there are summer movie blockbusters. I think that is going to be the norm.

VB: What about other revenue streams? Is in-game advertising something we’ll see more of in the future?

JS: Sure, it already is. We’ve been partnered with Massive for a while on PlanetSide and Matrix Online. It’s making money for us, but it is a small revenue stream. Over time it will grow and the key to making it grow is putting it in front of players so that don’t piss them off. We’ve been careful not to be rude to them. If you think of the movie Bladerunner that is the ultimate way to do in-game advertising.

VB: Will we have professional gamers doing a NASCAR-like thing where they get sponsors, and sell branding on their avatars?

JS: Sure. Absolutely. In fact [in a yet to be announced game], we’ve set up some of the top gamers in that space with exactly something like that. The sad part of professional gaming is that most of them have failed. Someone puts up a bunch of money into the next gaming league, and a gamer wins $100,000 and then you two years later you don’t hear anything about that. I think what it is going to take is games that have a much wider appeal, and even World of Warcraf doesn’t have that wide of appeal. It is going to take games that have tens of millions of players, because that’s a cable audience. Now you may have the World Series on Gaming on CBS but it was on Sunday morning. That’s cool that it was on CBS, but it was so early so who was watching. But who would have thought that World Series of Poker would be on TV? Times change. When we’re hearing that 97 percent of kids in this country play games sooner or later games will have an impact when those kids are adults.

VB: And for now, where do the consoles fit in with the MMO space?

JS: Consoles for us are about the broadening the user base out, so that an audience that doesn’t typically see these sorts of games do see it. Most console gamers have PCs but the studies show that they spend most of their time gaming on their console. And so what we want to do is introduce them to these kinds of games. We think that is the simplest way.

VB: Finally, given the state of economy, is now a good time for MMOs? Will we see a “Snow Crash” effect where people might do stuff in their online adventures that they can’t do in the real world, or at least obtain stuff they might not be able to buy in the real world?

JS: What is funny about online gaming is how much people do it. Think of those players that play 20 or more hours a week, and the value they’re getting for $14.99 a month. It is a place to go that is cheaper. They don’t have to go out to a movie and buy a lot of soda or take part in other activities that cost a lot of money. It is a good spot for people that have a money issues. [Snowcrash], I think so and hope so. Maybe not quite that view of the world, but I hope we get to that level of tech. Of course without the social ills that happen because of it. But I think we can avoid that.

About the interviewer: Peter Suciu is a New York based freelance writer and has covered consumer electronics, technology, electronic entertainment and the toy industry for more than a decade.