With so many applications that get released everyday in Apple’s App Store, it can be hard for any one app to stand out. This is especially true for apps that have been around since the early days of the store following its launch. So what’s an app to do?

Well, one route is to create a good or popular app that makes it to the App Store’s featured areas in iTunes. But an even better way is to be chosen by Apple to be pre-installed on all in-store iPhone and iPod touch display units. That’s exactly what’s happening with de Blob, a game for the iPhone by THQ.

So how does an app get featured in Apple’s retail stores? It’s all about creating a game (or application) that will showcase the technology the iPhone possess in a fun way, the company says. De Blob is perfect for that because the entire game involves using the device’s accelerometer to move a blob around different levels to color walls and buildings and destroy enemies. I actually bought the game for myself when it first game out, so I can confirm it’s a lot of fun.

Apple doesn’t allow third-party companies to buy advertising space for apps within its stores, so that selection is completely merit-based. Several other games and applications have been featured in the past and new ones will be featured alongside de Blob in this round. It’ll be interesting to see what effect the placement has on sales; I would expect it would be significant — even for a game priced at $6.99 (which is what de Blob costs).

Look for the game to be featured in Apple retail stores worldwide by mid-October. 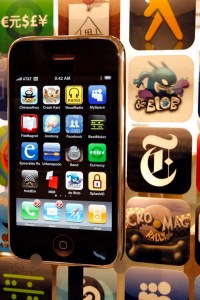 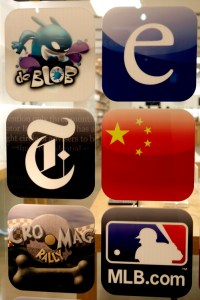