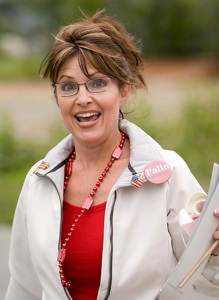 It’ll work like this: While you’re watching the debate, if you hear anything by either Democrat Joe Biden or Republican Sarah Palin that you think is not true, NPR is encouraging you to look for a source to prove it. If you can track one down, they’d like you to post it to Twitter and include the tag #factcheck, so they can find it.

NPR will then take these questionable claims, investigate further, and post anything that is in fact a questionable statement made by one of the candidates to its blog. If you’re not a member of Twitter, you can also leave your fact-checking results in the comments of their post. (Or you can sign up for an account, like a lot of other people interested in politics are apparently doing.)

NPR has an account for its political coverage that will be following the debate tonight. Twitter also has its own area for election coverage, which the company promises to improve before tonight’s debate.

While this may seem somewhat silly, I think it could actually be a very interesting experiment for massive instantaneous crowdsourcing. Politicians lie a lot, some would say it’s in their nature, but most of the time these lies go on for days unchecked. If this can cut that time down to a matter of minutes and get the truth out there, it may help people make informed decisions.

You can find me on Twitter here along with fellow VentureBeat writers Eric Eldon, Dean Takahashi, Anthony Ha, Chris Morrison and Dan Kaplan. We have a VentureBeat account (for our posts) as well.