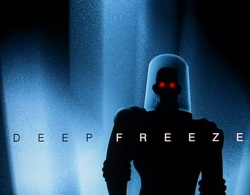 The Copyright Royalty Board handed down its ruling today on a proposed increase in the rate that digital music download stores much pay publishers. The result? No change. It will remain at 9.1 cents a song, according to CNET.

Yes, it looks like many popular online music stores, and Apple’s iTunes store in particular, dodged a bullet. But despite what some sites may have written over the past few days, this was never a fatal bullet to begin with. Apple was never going to shut down iTunes, no matter what a vice president at Apple tried to hint at.

Could a 66 percent raise in the royalty rate have caused Apple to change the iTunes business model? Sure. Prices may have been raised for music or iTunes could have even gone with subscriptions, but the service would have remained intact.

iTunes is a key cog in the Apple machine. While the company doesn’t make a huge amount of money from the store, it keeps the iPods and now iPhones moving off the shelves. iTunes provides the content that makes the devices what they are. Without the iTunes store, the iPod is an expensive pearly white brick (or red or orange or blue one, etc… depending on what color of the new iPod nano you get).

Sure, you could have downloaded music elsewhere and put it on your iPod assuming another store didn’t have its own proprietary digital rights management (DRM) system, but part of the iPod experience is the beautiful relationship the iPod shares with iTunes. It’s so much easier to use than other other device/software pairing.

Without iTunes quite a few users were probably likely to go back to pirating music as well. Unless the music industry has learned nothing over the past several years (which is certainly possible), it has to know a world without iTunes is not a good one — no matter what Apple chief executive Steve Jobs demands.

One other thing of note from the ruling today is that the royalty rate for ringtones was put at a ridiculous 24 cents a song. Of course, if you’re someone who actually buys ringtones (which, along with text messages have to be two of the great modern rip-offs), you probably won’t care too much that you’re paying more for something you probably shouldn’t be paying for in the first place.