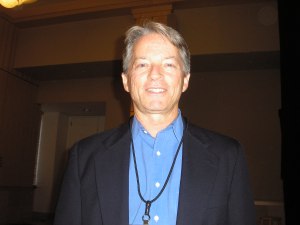 Every now and then, entrepreneurs drop out of the rat race. That happened quite a bit during the last downturn. People turned instead to social entrepreneurship — creating businesses designed to improve social welfare. We can expect that to happen again during this downturn.

Maybe it’s already happening. The Stanford Social Innovation Review journal held an Online Giving Marketplaces conference on Wednesday, focusing on how charities are using the Internet to change the face of philanthropy. Eric Nee (pictured left), organizer of the conference and editor of Social Innovation Review Journal at Stanford, said he expected about 60 people and more than 220 showed up.

“Silicon Valley is tech savvy, but there is recognition in the nonprofit worlds that technology can be used pretty effectively to increase giving, reach new donors, and bring things that are lacking like transparency,” Nee said. “What’s interesting is this isn’t just a U.S. phenomenon now.”

Social entrepreneurship already has its poster child. Premal Shah, president of micro-loan site Kiva, gave an update on his fast-growing startup. It’s now generating $1 million in funds every seven days. (In April, the rate was $1 million raised every 12 days). The company takes that money and makes $25 micro loans to entrepreneurs in developing countries. Since its founding in 2005, it has proven extremely popular, winning over advocates such as Oprah Winfrey, Bill Clinton and sponsors such as American Express. Last month, more than 700,000 visitors hit the Kiva web site. The company has more than 400 volunteers. Shah says the target is to raise $1 billion in capital in the next five years.

The growth comes from the “radical transparency” of the Internet, Shah says, because lenders can verify who they’re giving money to through the photos and reports that Kiva posts on its site. Here are some of the online nonprofits that appeared or spoke at the conference:

Betterplace, founded 2007, Berlin. Has more than 500 projects available to be funded by donors and includes testimonials from members who can vouch for the authenticity of the projects.

Give India, founded 2004, Vancouver, Canada. Hub for a variety of causes in India.

Global Giving, founded 1997, Washington, D.C. A market that connects donors and those in need worldwide. 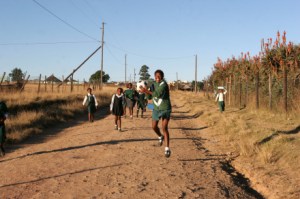 Rangde, founded 2008, Chennai, India. Extends micro credit to those who need it.

Wokai, founded 2006, Beijing, China. Extends micro finance to those who need it in China.