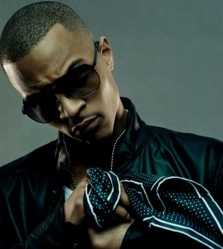 People actually pay $0.99 for ringtones on the iPhone. I have to write that out because it still boggles my mind. It’s a clip of a song up to 30 seconds long, and yet people pay the same amount as they do for the entire song itself. I don’t care how badly I want a T.I. song as my ringtone (the hip hop artist has seven of the top 50 ringtones), I’m not paying one dime for one. So what to do?

Well, you could use a shady method to create your own from music you have, or you could get creative and use FunMobility’s new YouTones iPhone application. The app lets you record your own voice (or I suppose you could record a song through your phone’s receiver if you were really creative) and edit it with special effects to make yourself sound like a chipmunk, a space lord (Darth Vader) or other weird creations.

Lame? Kind of, but at $4.99 for the app, it beats paying the same amount for a grand total of two and a half minutes of incomplete music. You’ll also be able to do things like share ringtone creations with friends.

YouTones has already had some success on other carriers where it sells premium ringtones. The company cites research stating that the user-generated content market is going to grow from $1.1 billion in 2007 to $7.3 billion in 2011 — no word on if that takes into account the United States’ collapsing economy.

It’s all kind of a scam in my opinion, but at least making your own ringtones with an app is less of one.