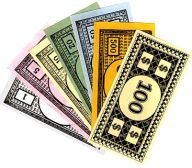 By now, most people have resigned themselves to a significant and prolonged recession due to the banking crisis. For many investors and entrepreneurs, there’s a feeling of certainty that the technology industry will also be hurt. But a significant number of others, especially in cleantech, are saying that a recession might not be as damaging as expected.

Cleantech is something of a special case in tech. It’s a new industry, but one that aspires to quickly fill the shoes of today’s $4 trillion energy market. Most cleantech plays also require a longer time period and more money to mature than Internet or software startups. On the other hand, they have the support of governments and a populace worried about energy issues and global warming.

A panel called “Funding Alternatives for Clean Tech Startups,” held this evening by Intel Capital and angel investor network Keiretsu Forum for the California Clean Tech Open in Santa Clara, Calif., sought to give advice to young companies who plan to look for funding in the downturn. Rachel Sheinbein, an associate at venture firm CMEA who is also a Keiretsu member, told me before the meeting that most angel investors aren’t put off by the economic pain. “Now’s the time to put some money into new things and find some good deals,” she said.

Marc Gottschalk, a lawyer at William Sonsini who helps run the CCTO, is also guardedly optimistic. As someone who sees plenty of deals, he thinks venture funders will look past a recession when investing in newer cleantech startups. “I know firms like Sequoia are telling their firms to be lean and mean,” he said. “But cleantech investments are for a three to five year window, so you can’t make your bets on that right now.”

The startups who will be hurt most in a recession are those looking for project funding and debt to build plants, Gottschalk says, a view shared by Todd Kimmel of venture firm Advanced Technology Ventures. Those companies will find their options limited, although some avenues for raising the $10 to $100 million needed for a pilot installation exist. Among those are foreign investors from the Middle East and Eastern Europe (a growing trend), strategic investments from industry giants, and portions of the private equity industry that survived the credit crunch nearly unscathed — some of which are just beginning to poke their noses out.

Finally, there’s an uncertainty around the political climate for cleantech. The expectation is that Barack Obama will win this year’s presidential election, which will likely see many more grants and subsidies pushed toward cleantech. And whether Obama or rival John McCain wins, carbon legislation will likely pass that makes non-renewable energy sources more expensive.

In Europe, also, the situation is likely to remain favorable for cleantech; as recently as today, the head of the European Commission urged European Union leaders not to overlook climate protection plans while dealing with the credit crunch.

For an idea of what could go wrong for cleantech in the downturn, read our other post on the subject.