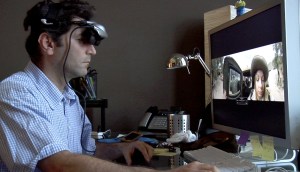 Get ready for a new version of virtual reality.

Users soundly rejected so-called 360 degree technology in the 1980s when it first appeared in the form of data gloves and head-mounted displays. But now the technology has taken a big leap forward and two companies are launching it anew.

EffectiveUI and Intelligence Gaming are launching an immersive, 360-degree video technology that makes you feel like you’re really inside a video environment. You can look at your environment via a computer display or wear a display that covers your eyes for a wrap-around experience. 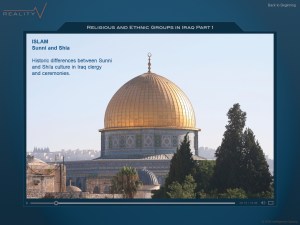 The interactive videos essentially make you feel like you’re in the middle of a live action movie. You can interact and change the course of the event. The video technology uses version 10 of Adobe’s Flash technology, which now has “binaural audio.” Binaural video is technology that lets you listen to sounds and detect the physical position of the sound, like footsteps coming closer. That technology fits well with the videos, giving them a far more realistic feel.

Intelligence Gaming will use the technology to create a realistic military simulation which the Army can use to train soldiers headed for Iraq. The company has created the first episode of the simulation, where soldiers question villagers and have to be on the watch for possible suicide bombers coming from any direction. 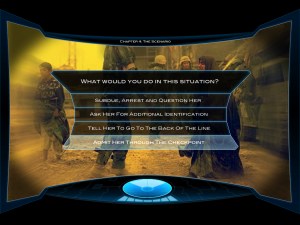 EffectiveUI is a Denver, Colo.-based interactive agency formed in 2005 with 50 employees and more than 30 clients, including 15 Fortune 1,000 companies. Anthony Franco, president of the company, said the experience is much more realistic than than that provided by previous technologies.

The underlying technology is called RealityV and Intelligence Gaming’s product is called  “Immersive Cultural Simulation Product” which the Armyh will use to prepare soldiers for deployment in the Middle East. The simulations give soldiers a feel for hostile situations on foreign soil where understanding what someone is trying to say can make the difference between life or death. At the end of each video scene, the video stops and the user has to answer a question. Depending on the answer, a different outcome will result.

The company is using live action films of real actors because computer-generated avatars, or human characters, aren’t realistic enough to convey things such as smiles, body language or subtle gestures. RealityV is one of the first commercial solutions that makes use of the Adobe Flash Player 10, using 360 degrees of video and eight channels of binaural audio. The companies will show off the technology at the upcoming Adobe MAX conference in San Francisco Nov. 16 to Nov. 19.