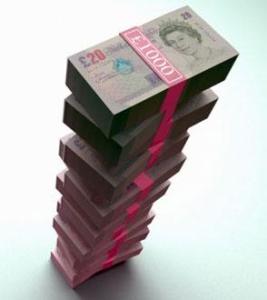 So much for laissez-faire capitalism. Goodbye to all that. And this is coming from Henry Paulson, President Bush’s man, who has now become the ultimate pragmatist. As they say, there are no atheists in foxholes. And it appears that there are no dyed-in-the-wool capitalists in the midst of a financial meltdown.

We’ll see if the measure will prop up stock markets for a second day. The Dow gained 936 points on Monday, the largest single-day gain since the 1930s. I never thought I’d see the day when the Bush Administration brought back echoes of Franklin D. Roosevelt. But these steps appear to be necessary to unstick the credit markets so that banks will start lending again.

For Republicans to do this is the ultimate irony, since they widely criticized Venezuelan president Hugo Chavez for nationalizing the oil industry. Indeed, Chavez is now mockingly calling Bush his socialist “comrade.”

Back in March, after the collapse of Bear Stearns, the bank bailout was still a matter for debate. But faced with the collapse of the economy, no one wants to go down as fiddling while Rome burned. Of course, this is not the same kind of socialism you’d find in other places. The die hards are calling it socialism for Wall Street, or corporate welfare. But it looks as if countries around the globe are converging on the same solution. No one wants to be the next Iceland. When they write the textbooks when this is all over, I’d like to see how they describe the U.S. economic system. Is it capitalist? Not at the moment.