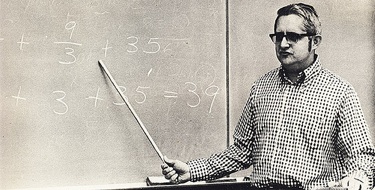 We wrote a few days ago that following Microsoft’s decision to officially call its next operating system Windows 7, there were simply too many opportunities for a good headline. Well, now we get another chance thanks to Microsoft.

In a post so ridiculous that I find it hard to believe it’s serious, Microsoft’s Mike Nash lays out how Microsoft got to the “7” in Windows 7. The problem is really the beginning of paragraph three:

“Anyway, the numbering we used is quite simple.”

You cannot say that and then proceed to launch into one of the most convoluted posts about numbering that most people will ever read.

Sure, the first version of Windows was 1.0, the second 2.0 and the third 3.0, but after that all hell breaks loose. I really can’t do it any more justice other than to reprint it below:

Windows 2000 code was 5.0 and then we shipped Windows XP as 5.1, even though it was a major release we didn’t’ want to change code version numbers to maximize application compatibility.

That brings us to Windows Vista, which is 6.0. So we see Windows 7 as our next logical significant release and 7th in the family of Windows releases.

We learned a lot about using 5.1 for XP and how that helped developers with version checking for API compatibility. We also had the lesson reinforced when we applied the version number in the Windows Vista code as Windows 6.0– that changing basic version numbers can cause application compatibility issues.

So we decided to ship the Windows 7 code as Windows 6.1 – which is what you will see in the actual version of the product in cmd.exe or computer properties.

There’s been some fodder about whether using 6.1 in the code is an indicator of the relevance of Windows 7. It is not.

Remember that statement I reprinted above that read, “the numbering we used is quite simple.”? Was it really meant to describe this statement: “So we decided to ship the Windows 7 code as Windows 6.1 – which is what you will see in the actual version of the product in cmd.exe or computer properties.”?

Maybe it’s a bit harsh to say, but is this really the same company that wonders why it has a public perception problem?

The right approach here would have been for Microsoft to say, “Windows 7 is the seventh version of Windows because we say so.”