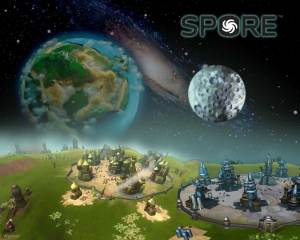 The U.S. video game industy has been a haven of sorts for the whole year, posting 30 percent sales growth at a time when other industries were reeling from the recession. But sales dropped on a month-to-month basis for the first time in years in September.

The monthly decline was the first for the industry since March, 2006, said Anita Frazier, analyst for the NPD Group, which calculates the numbers. But it’s notable that September, 2007 was an extraordinary month that saw a 75 percent gain over September, 2006. That was due to the release of Halo 3, which blew away records and led to a big growth in Xbox 360 sales a year ago. Given the Halo 3 bubble from a year ago, the game industry is still doing pretty well, Frazier said.

Overall, this year’s sales are expected to hit $22 billion. Before September, year-to-date U.S. game industry sales were up 32 percent over a year ago. Sales growth began slowing in August, with sales up only 9 percent in that month.

Titles that sold well included “Star Wars: The Force Unleashed,” “Wii Fit,” “LEGO Batman,” “Rock Band 2,” and others. PC game sales are not included in the numbers, but Will Wright’s long-awaited game “Spore” sold 406,000 units in the month and “Warhammer Online” sold 274,000 units. EA said Spore sold more than a million units in its first few weeks. It’s a big question as to whether it stays on top of the charts.

The Xbox 360, which benefited from a $50 or more price cut, sold 78 percent more units in the month than in August. More than 347,000 Xbox 360s were sold in September. Microsoft’s big titles coming this season are “Fable II” and “Gears of War 2.” But even though its lowest-priced unit was $50 cheaper than the Wii, Microsoft still couldn’t outsell the Wii. Not by a long shot.

Microsoft said that music downloads on its Xbox Live online game service is taking off. The average is now 3.8 million music downloads per month. In total, Xbox 360 users have downloaded more than 45 million songs. Microsoft will debut its new version of Xbox Live on Nov. 19, with new features including downloadable Netflix movies and TV shows. There are now 30,000 shows and movies available. Overall, Microsoft has more than 14 million Xbox Live members.

Now it’s Sony’s turn to think about a price cut for its hardware, given the slowing economy. If anyone didn’t pull its weight in the month, it was the one-time leader of the video game industry.

Sony’s PlayStation 3 sales were 232,000, up 25 percent from the previous month. Sony has some big titles coming this season, including “LittleBigPlanet,” one of its first PS 3 games with true mass market appeal. Sony said it has 12 million registered users for the PlayStation Network and 240 million pieces of content downloaded. Sony said that all PlayStation products sold more than $379 million worth in September.

Jack Tretton, president of Sony’s U.S. game unit, said that Sony’s new 80-gigabyte version of the PS 3 is now in place on store shelves and he expects a lift in sales in October due to a bunch of new games launching.

Update: Ben Schachter, an analyst at UBS, has an interesting perspective. He notes that Halo 3 was a “mega hit,” not just a hit, and it accounted for 35 percent of software sales in September 2007. If you remove those sales and count it as just an ordinary hit, such as Star Wars: The Force Unleashed, then the picture is much brighter. Instead of a 6 percent decline in software sales, you get a 22 percent increase in software sales. Viewed that way, the results really show the resilience of the game industry in the face of a slowing macro environment. Of course, consumer behavior is likely to be affected negatively in coming months. We’ll find out just how recession-proof the game industry will be.

Another observer tells me that sales fell off a cliff in the second half of September.