In early stories about the economic meltdown, it wasn’t immediately obvious how the venture capital industry would be affected. But the turmoil in the stock market has uncovered one of the vulnerabilities: Venture funds that depend on regular capital calls aren’t getting their money.

Capital calls are due when investors in venture funds have to make good on their promises to commit money to funds. Unlike hedge funds, venture funds don’t collect all of their money at once. They secure promises from limited partners — rich people, endowments, and pension funds — to wire money at certain intervals over a number of years. 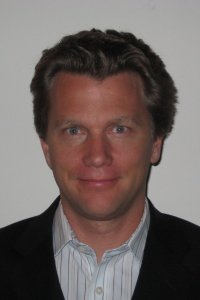 Hans Swildens, managing director at secondary market fund Industry Ventures, is kind of like a pawn shop operator for the industry. He buys the holdings of limited partners or even venture funds themselves when they need liquidity or an early exit from an investment. He said he has seen an increasing amount of offers in the last month from people who want to get out of their capital calls. Capital calls weren’t a problem for most investors from 2004 to 2007, Swildens said.

“The last time we saw this happen was from 2001 to 2004, when individuals didn’t make capital calls even though they were obligated to do so,” he added.

The sequence of events shows the risks of relying on borrowed or invested money. Here’s what happens: As the stock market falls, the rich individuals and other limited partners find that the money they were counting on to make their capital calls was no longer there. As the calls arrive, the individuals turn to secondary funds, which can buy out their holdings at a discounted value. But Swildens’ fund is only $400 million, so he and others in the industry can’t buy out everyone en masse.

The first place that limited partners go to raise the money for the capital calls is their stock market portfolios. They sell off stocks. Or they sell off their investments in hedge funds (which often have a limit on how much money can be cashed out — often no more than 20 percent per year). But if they can’t make the payments, the venture funds are left holding the bag.

This has a cascading effect. As VentureBeat Editor Matt Marshall has pointed out, venture funds have restrictions of their own. Often a new fund raised recently cannot, contractually, invest in the old fund. Many of those old funds will find that their portfolio companies are not going to go public, get acquired, or become profitable anytime soon. That means those portfolio companies are going to need money for a longer period of time than previously thought. The wiser general partners have set aside “dry powder” for these purposes, but it means that they can’t invest as much in new companies. The venture funds get into a fix because they need new capital to give to their existing companies, which need more money than anticipated. Those venture funds probably counted on exits to finance their ongoing investments.

This shows how the whole financial system is interconnected to the tech economy. And it may explain why Sequoia Capital and Benchmark Capital offered warnings so swiftly to their portfolio companies to cut back and not count on as much money in the future.  Sequoia can’t, for instance, use its newly raised $925 million fund to invest in companies that were funded by its previous funds.

Swildens said he has been approached by dozens of limited partners and venture funds that need to raise more money because of the capital call problem. In the meantime, venture funds won’t have as much money to invest in start-ups that can “fly over the storm” — in other words, start-ups that will develop new products over the next several years and will launch when the economy is better. Swildens estimates that hundreds of funds and thousands of individuals may have capital call problems.

This may even prompt a recession in the tech economy, making a downturn a self-fulfilling prophecy. Going forward, it’s easy to see more dominoes fall. The tanking financial sector won’t be buying many computers. It may even sell off their existing computers, hurting market demand for new computers. That will hurt the information technology sector. Those companies will pre-announce bad earnings, further driving down stocks. The layoffs will come. Valuations of mergers and acquisitions will tumble. Start-ups who were counting on big companies as customers or acquirers will be disappointed. It is a chain reaction that knows no end until greed once again overtakes fear.