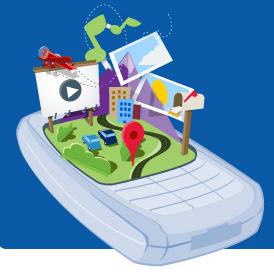 Motorola is indeed planning to offer a phone that uses the Google’s Android operating system and closely integrates with social networks, BusinessWeek has confirmed. News of the device leaked out last week, when bloggers discovered a Motorola job board posting looking for a senior user interface designer who could help with a “new Android Social Networking SmartPhone.”

The phone will include a touch screen similar to the iPhone and a slid- out QWERTY keyboard like the G1 Android phone’s, according to BusinessWeek. I’m not totally clear on what its social networking features will be, though — the article suggests that one might be a way to message your friends in a social network from your phone, using your phone’s address book.

More generally, this is a comeback move of sorts for Motorola — the company hasn’t come out with a hit device lately and its stock has been hurting as a result. The article cites sources who say the phone has a nicer look and feel than rival HTC’s G1.

Motorola is expected to subsidize its new device, and is putting $50 million towards its development. It has assigned the team from Good Technology, a wireless messaging company it purchased in 2006, to spearhead the project.

The phone is due out in the United States in the second quarter of next year; it’s not clear who the carrier will be.