That makes the New York company a force to be reckoned with in the nascent market for advertising inside games. IGA has released the fourth version of its software development kit that lets game developers take sections of their games and designate them as capable of displaying ads. 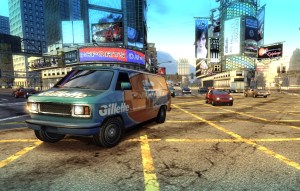 The ads are then piped into the game through an Internet connection. IGA’s own network of advertisers conceives of game-appropriate campaigns that fit in particular games. IGA can measure the exact amount of time that an ad is viewed by a gamer and then report that data back to the advertiser. Advertisers include 20th Century Fox, Gillette, Intel, McDonald’s, Puma, Toyota, and Unilever.

While advertisers experimented with $150,000 budgets in the past, they’re now running full campaigns for $400,000 to $500,000 each, said Justin Townsend, chief executive of IGA, in an interview. He said that more campaigns are running through the entire network rather than on just one platform. At the moment, Townsend said that games are proving to be counter-cyclical, which means they prosper in tough times because people stay in and entertain themselves. (Futurist Faith Popcorn called this “cocooning.”)

Townsend said that the core games business is doing very well with in-game ads that are placed on billboards or vans in the environment of racing games such as EA’s “Burnout Paradise.” Those ads make a bigger impression and generate more revenue than the less-frequently watched casual game ads, Townsend said. 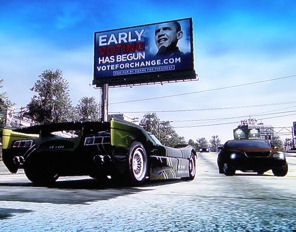 Barak Obama’s campaign got a lot of publicity for inserting an ad into a billboard in Burnout Paradise and a bunch of other EA games. Microsoft’s Massive negotiated that deal for the Xbox 360 with the Obama campaign. But if the ads move to the PS 3 or the PC, IGA would handle them.

Townsend said that IGA’s strength in core games will cushion it from the effect of Google moving into the casual in-game ad market for Flash games, which are much simpler than hardcore games. But he said he wouldn’t be surprised if Google expanded to other platforms as well. Still, IGA is doing so well that it may not leave a lot of room for the slow-moving search engine giant. Other rivals include Double Fusion, Massive, and to some degree NeoEdge Networks and Mochi Media. (NeoEdge does in-game ads for downloadable casual games as well as Flash games, while Mochi Media does ads for Flash games). 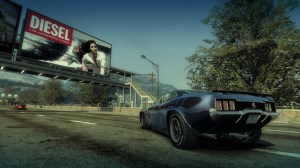 The company also has a stable of game publishers who are using its SDK, helping the company reach a wide group of gamers. The publishers include Electronic Arts, Sony, Atari, Codemasters and Activision. It also has developers id Software and Valve on board. Full told, more than 80 games can now receive IGA in-game ads.

Gamers don’t seem to mind ads when they’re relevant to the world of the game. A Nielsen Games study showed that 80 percent of gamers felt games were just as fun with ads as without. And Nielsen said that consumers’ positive views of a brand increased 33 percent after viewing in-game ads for the brand.