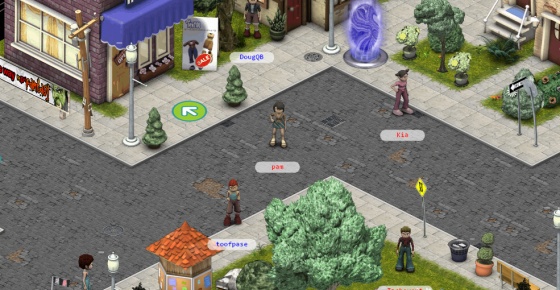 Metaplace, a company that will allow anybody to build their own virtual world and access it through through an ordinary web browser, has taken $6.7 million in funding as it nears a public release.

There hasn’t been much hype around Metaplace yet, probably because of the failure of Second Life, There.com and other virtual world companies to take the real world by storm. However, Metaplace looks like one of the more promising companies in a new generation of online gaming ventures, because it hopes to meld the success of social networking with gaming.

The comparison to be made is with profile pages on social networks. Building profiles and connecting with friends turned out to be extremely popular. Similarly, Metaplace hopes that if it makes it dead easy for users to build a small virtual world of their own, lots of people will.

As to what, exactly, is in those worlds, the idea is to leave it to their imagination. It’s difficult to create building tools that cater both to brand new users and professional game developers, but that’s what Metaplace is doing, in hopes of having both the virtual world equivalent to profile pages and multi-featured, rich worlds that can earn their creators money.

So far, the company has been testing with only a few thousand people, but plans to start allowing those people to invite friends, which should quickly increase the number of users. Those who have been trying out the service so far seem to like it, according to founder Raph Koster, who sees the first signs of a “MySpace effect” of people making very personal online homes with the several thousand building templates that are so far available.

In time, he says, as thousands of worlds get built, the best will float to the top as public destinations, while others will be more like art installations. “You start getting these worlds that are deeply weird. They don’t all look good, they aren’t all fun, but gems start to pop up,” he says. Plug-ins and modules will allow for variations on gameplay, so players can set up anything from a glorified chatroom embedded in their blog, to a full-combat role-playing game.