Moore’s Law gets a life extension — Researchers at McGill University claim to have discovered a new state of matter, a “quasi-three-dimensional system,” that may extend the famous trend of tech companies being able to pack twice as many transistors onto computer chips every two years.

AT&T income up; company surprised by iPhone payments — AT&T has lifted its net income 5.5 percent over the same reporting quarter last year, but its stock price dropped. One possible reason: Investors were surprised by the massive $900 million sum the company had to pay Apple for iPhone sales.

Bill Gates’ secretive new company — The Microsoft co-founder has a new company called bgC3, which appears to be a sort of think tank or lab intended to spin out ideas to Microsoft and others, according to brand-new Seattle tech blog TechFlash.

General Electric raises stake in A123 to $55 million — GE has placed a follow-on investment in electric car battery maker A123 Systems, which would likely have had an IPO by now if not for market conditions.

Malware growing, energy companies at high risk — Corporate nets are at an increasing risk of backdoor attacks carried out through employees, according to ScanSafe. Energy companies are at a 189 percent higher risk than those in other sectors.

Comcast offers doubled broadband speeds for 10 million — By the end of 2008, a segment of Comcast customers will be able to buy broadband services as fast as 50 megabits per second, around eight times faster than most high-speed DSL service. Of course, the higher access speeds will also mean higher pricing. 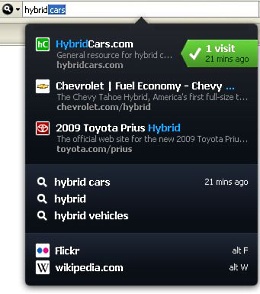 Samsung pulls bid for SanDisk — The question is, why? SanDisk shares dropped precipitously after Samsung announced that it was pulling its $5.85 billion bid, which some never thought was serious. Various theories on the WSJ Deal Journal.

Geothermal companies get 190 million acres to play with — Energy companies generating electricity from heat far below the planet’s surface have had a massive amount of federal land in 12 states opened for their use.