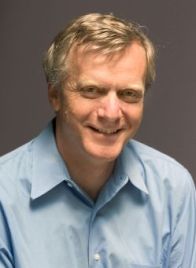 Pounded by the stock markets after a poor showing in its recent earnings report, Sun Microsystems now has another thing to worry about: Co-founder Andy Bechtolsheim, who most recently served as chief architect for its systems group, is leaving [update: A Sun spokesperson notes than Bectolsheim will continue to do part-time work at Sun] [second update: the NYT has more detail; Bechtolsheim will spend at most one day a week at Sun] to help run a startup called Arista that will reportedly make networking equipment for a growing industry segment.

Aside from helping to found Sun in 1982 with Scott McNealy, Vinod Khosla and Bill Joy (the latter two are now venture capitalists), Bechtolsheim is famous for being one of the very first investors in Google and also co-founded a company called Granite Systems in 1995, which later sold to Cisco for $220 million. So he has serious startup cred — moreso than many others who are considered Silicon Valley gurus.

Arista is planning to build 10 gigabit switches, which are used for extremely high-speed networks typically seen in laboratories and data centers. Such switches, many times faster than today’s standard, are expected to become much more popular in years ahead; some startups, like content delivery network BitGravity, already use them. Arista hopes to corner the market early on.

It’s hardly the first to look at 10GB switches. Startup Woven Systems recently launched its second-generation product, mid-sized players Force10 and Foundry Networks also have them, and networking heavyweight Cisco is likely trying to figure out how it can dominate, as it does in similar areas. However, Arista will be well prepared; it has also recruited former Cisco exec Jayshree Ullal as its CEO, according to the New York Times, which broke the story.

Arista was funded by Bechtolsheim before he joined the company, as well as Stanford professor David Cheriton, who will become its chief scientist. The company is based in Menlo Park, Calif.