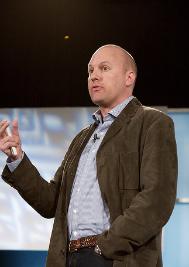 Leading serial entrepreneur Marc Andreessen has joined e-commerce giant eBay‘s board of directors. His input on eBay’s board could play a part in helping the listing company right itself.

The company has seen its traffic decline eleven percent over the last two years and its sales volume flatten. Its stock price has sunk. Amazon, the other e-commerce web giant, has meanwhile been surging into eBay’s home turf; recently, for example, it has started letting small businesses sell items directly on its site just as eBay does.

Just three years ago, eBay had 30 percent more traffic than Amazon. Today, its total of 84.5 million active users is barely ahead of the 81 million active customer accounts that Amazon reported in June.

Andreessen is one of Silicon Valley’s more successful entrepreneurs. He developed Mosaic, a formative web browser, in the 90’s. He went on to co-found Netscape, then sold it to America Online in 1998. He then co-founded Opsware and eventually sold it to Hewlett-Packard for $1.6 billion last year. His latest startup is white-label social network Ning. He ahs invested in the following companies: Twitter, Digg, Del.icio.us, LinkedIn, Meebo, Netvibes, Scribd, Wikia, Funny or Die, Fon, Revision 3, Qik, Jawbone, and Outside.in. He also joined the board of leading social network Facebook earlier this year.