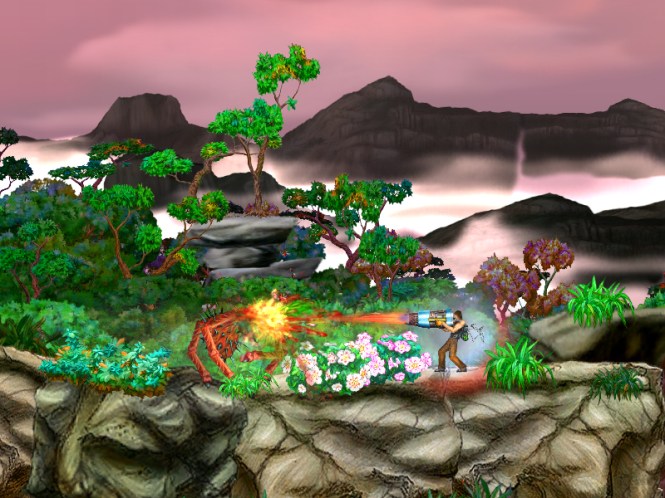 Games are starting to catch up with movies in this respect: low-budget titles from indie studios have the same chance to succeed as blockbusters. And the indie game makers are about to make their biggest strides yet as Microsoft prepares to sell user-generated games on the Xbox 360 game console.

The launch of the Xbox Live Community Games Channel on Nov. 19 represents the biggest step yet toward embracing games made by professional independent developers, amateurs, students and ordinary gamers. The games launched on the channel, which will start in the dozens, will be available for 14 million-plus Xbox Live gamers to purchase for fees ranging from $2.50 to $10. The game channel is a part of a big makeover for the Xbox Live online gaming service.

Anyone who uses Microsoft’s $99 XNA Game Studio Express tools can create games that run on the Xbox 360 or the PC. More than a million tool sets have been downloaded. 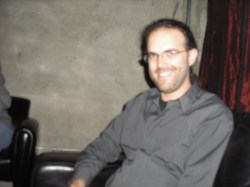 The move is much more dramatic than the baby steps Nintendo took earlier this year with the launch of WiiWare, which has allowed the launch of a few dozen games created by independent developers. While Nintendo carefully screens its content, Microsoft is opening the floodgates, said Boyd Multerer, (left) general manager of the XNA game platform at Microsoft.

“Our goal is to create a viable marketplace for community games on a console,” he said. “This is a little like what happened with movies in the 1980s, when The Blair Witch Project and Sex, Lies and Videotape succeeded despite small budgets. The tools we have provided will let users create low-cost games, and they allow us to cast a much wider net than anyone else.”

In that respect, the game channel — which can be searched both on the console or from a web site accessible via the PC — could have a huge number of games in no time, much like Google intends with its Android Marketplace, where the cost to upload a new application for Android-based cell phones is $30. Multerer says users will be able to rate the games and the most popular games will rise to the top. 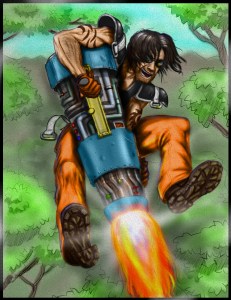 Sony has its own limited indie games effort on the PlayStation Network for the PS 3, but indie games have long been the domain of PC games, not consoles. Multerer is betting that the quirky game play will be attractive to console gamers looking for something different.

The company showed off 19 of the best user-generated games at an event in San Francisco tonight, including the winners of Microsoft’s Dream Build Play game creation contest. In the contest, Microsoft received 290 game submissions from people competing for $70,000 in prizes. The winners included “Carneyvale Showtime,” a circus stunt game; “Battle Tennis,” a cute tennis dueling game; and “Weapon of Choice,” a side-scrolling, two-dimensional alien-shooting game.

User-generated media has rippled through the Internet for years, but everybody has been waiting for the “YouTube of games” to produce the equivalent of a “Blair Witch Project” indie hit. It hasn’t happened yet, but it’s clear that games are bifurcating into different markets, said Ted Pollak, founder and President of EE Fund Management LLC, and portfolio manager of Electronic Entertainment Fund LP (a rare game-oriented investment fund). Ted and I played a few of the games tonight. Some of them were silly and looked like they were made by amateurs. Most of them looked like nostalgic relics from the arcade glory days.

But the winners were games that were very well done and looked very polished. “Weapon of Choice” is the product of Mommy’s Best Games, headed by Nathan and Amy Fouts, a husband and wife team from New Washington, Ind. They won a $10,000 prize, which will keep them churning out new titles. Nathan Fouts worked at big game studios such as Insomniac, where he was involved with development of the hit PlayStation 3 game “Resistance.”

But he saved money and quit his job a year ago to concentrate on making games on his own with Amy. The game has lots of color, nasty-looking aliens, and crazy game mechanics, like a pair of tongs you can use to climb on ceilings or a jet engine you can wield as a flamethrower or use to fly and hover. No corporate game publisher would have approved such a game. But Nathan and Amy managed to crank out a game with three to four hours of play using the XNA tools.

Sam Stokes, an adjunct professor at California State University at Fullerton, said that his school’s video game design program is graduating 50 people a year. They all learn XNA and come out of school competent enough at game design to get jobs at game studios.

“It’s a whole lot of fun to see the students do these games,” he said. “But I have no idea how big it will be.”