Cleantech has another record quarter — A total of $1.6 billion went into cleantech during the most recent quarter. However, much of the money came in a few massive later-stage rounds, so the sector shouldn’t breathe easy in the face of recession. 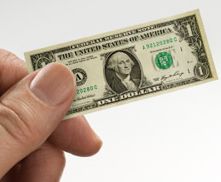 US economy contracts most in seven years — Analysts expect a massive 2.5 percent drop in GDP growth next year. More detail at Reuters.

MTV exec may head MySpace Music — MTV vice president Courtney Holt may be offered the vacant top position at the new MySpace Music, according to CNET.

Google not such an inspiring example after all — Downturn optimists like to point to Google as a company that started in the downturn and went on to stunning success. GigaOm shreds that “modern day fable”.

Lithium-ion still tricky for electronics — Sony is embroiled in another battery recall after finding out that yet another batch of notebook batteries are a risk.

Social sharing is vital to video consumption — MySpace, YouTube and AOL executives on a panel all agreed that video has a vital social component. Watch the video, below.
http://blip.tv/play/hRbWxkLUSQ