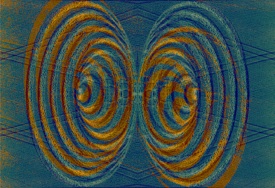 I made it pretty clear the other day that I wasn’t a big fan of FriendFeed’s new ability to push user updates to Twitter. As a few examples showed, too much of the same content was being repeated and it made the moderate-to-heavy FriendFeed users who turned it on very noisy on Twitter. It was like an extreme echo chamber — filled with too much noise.

Basically, this makes FriendFeed almost like Twitterfeed, a service that allows you to take an RSS feed and automatically post any updates from it to Twitter linking back to the source. What’s cool about the FriendFeed implementation is that you can find the FriendFeed version of the link (the one that takes you back to FriendFeed as this feature did before) simply by removing the dash (“-“) immediately after the last backslash in the URL.

So I can now take back what I said about the post-to-Twitter feature being a traffic play by FriendFeed. Now, depending on how users take advantage of it, it’s arguably just another useful FriendFeed feature.