A startup called Dapper is rolling out a way to use its mashup technology to bring the advantages of search-based advertising into the world of display ads — namely, image- and media-based ads that are normally more eye-catching but less customizable and targeted.

This is a promising idea, and it may be even more so given the current economic environment. Yahoo and other companies are reporting declining interest in display ads, but if they can make those ads more affordable and effective, perhaps they’ll remain a viable option. Of course, online ad giants like Google and Yahoo are working on similar technologies.

It will be a while before we know how effective Dapper’s platform is, but the company’s examples are pretty compelling, and it says that publishers and advertisers are already seeing clickthrough rates improve by as much as six times.

There are three big selling points to Dapper’s platform. As previously mentioned, the ads are contextually sensitive, so if you’re a hotel chain, you can ensure that your ad on a travel page about Amsterdam focuses on just your hotels in that city. The ads are also dynamically updated with content from your website, so an electronic store can advertise the most recent and relevant deals from its website. Finally, sites can even include mini-stores within their ads — in fact, Dapper says it will soon be squeezing an entire Gap online store into an ad. Again, text advertising, such as ads run with search results, offers a lot of these features, but they’re relatively new to the display world. 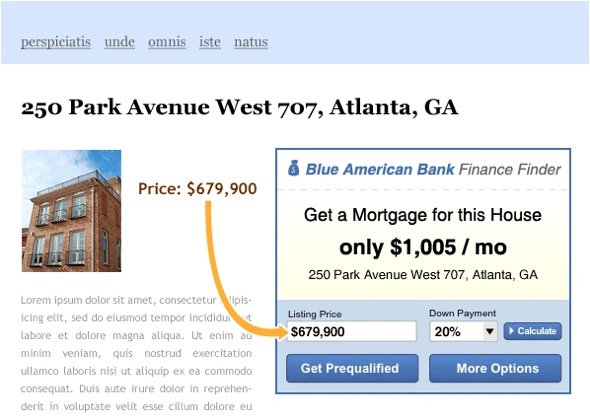 Dapper plans to release a free, basic version of MashupAds by the end of the year. The San Francisco-based company raised $3 million from Accel Partners, Mitch Kapor and others last year. And speaking of Yahoo, Dapper’s Vice Product of Product Marketing Amit Kumar led Yahoo’s SearchMonkey platform before joining the startup in September.