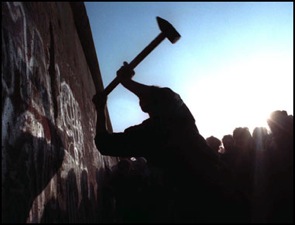 These are smart additions. The file uploader, for example, means that rather than jumping through hoops to upload photos to a website, users can just drag photos from their desktop into the browser. You can try the PhotoDrop demo for yourself; it’s a compelling illustration of the idea that the wall between the web and the desktop is collapsing. The notification tool, meanwhile, means an in-browser email service, for example, could let you know when you have mail, even if it isn’t open in your browser at the time. (It’s worth noting that Google’s email service Gmail hasn’t been integrated with Gears yet, much to my chagrin.)

It looks like Gears supports some form of easy file uploading and desktop notification, but Yahoo software engineer Lloyd Hilaeil says Gears doesn’t offer anything identical to BrowserPlus’ new features. He also argues that Gears and BrowserPlus aren’t competing directly: “Gears is designed to drive forward web standards with working reference implementations, BrowserPlus is focused on making web plugins easier and safer to develop and use.”

For users, though, they probably look pretty similar, since they’re both browsers extensions to make websites more powerful. Hilaeil says Yahoo is happy with BrowserPlus’ adoption, but didn’t offer any specific numbers.

The real question is whether there’s room for more than one dominant player in this space. Are users willing to download a bunch of extensions, or will they stop with one? Or perhaps the majority of users don’t want to download any extensions as all. The key may be the concept of “graceful degradation.” In other words, developers should make sure the cool new features enabled by Gears and BrowserPlus aren’t crucial to your site, so you don’t drive less tech-savvy users away. From Yahoo’s end, that means that also means it has to be super-simple to add these features, since developers don’t want to spend days working on a feature only a few folks will see. BrowserPlus engineer Skylar Woodward touted graceful degradation to GigaOM’s Stacey Higginbotham back in May, so Yahoo supports this approach.