Despite an endless succession of startups claiming to “beat” Google and Yahoo, there’s not, strictly speaking, any need to do so. For the average consumer search has been solved, with most searches ending satisfactorily. DeepDyve wants to tap another group of users: Students, researchers and other “information workers” who need to quickly find expert-level data.

What makes DeepDyve, formerly called Infovell, unusual is that it uses a technology fairly similar to Google’s statistics-based search. While semantics and natural language processing are the buzz words of the day, Google’s method of doing business is considered too well-developed to go up against. The difference between DeepDyve and Google is most easily understood as one of quantity. Whereas most Google results are just a few words long, a DeepDyve search could yield paragraphs of text. And instead of indexing words, DeepDyve indexes entire phrases up to 20 words in length. 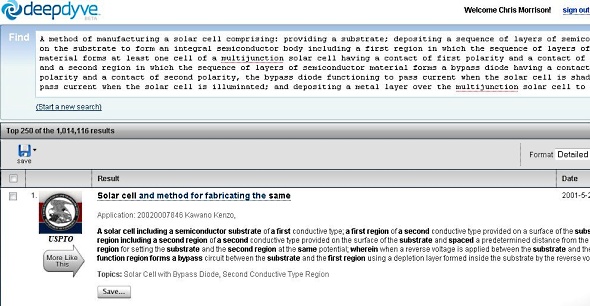 Biologists, chemists, material scientists and their ilk will appreciate search that’s optimized for long strings of text because their fields are full of technical jargon. Being able to find multiple terms in proximity to one another will provide a valuable advantage in finding the right result.

One Google product, Google Scholar, does compete directly with DeepDyve. However, there’s stronger competition in the form of entrenched research tools like Ovid, which have been used for years by professionals, although those search offerings tend to be optimized to specific fields or uses. 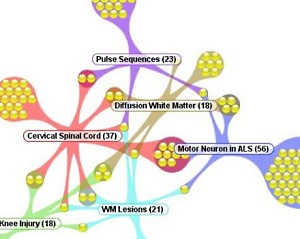 Right now, DeepDyve is in the process of adding search verticals. It started with the life sciences, and is now branching into some other fields, like clean technology. The company is also working to raise awareness of its product with universities and individual researchers. Rather than slipping ads into search, it plans to charge a monthly subscription fee for some premium search options, like a visual layout of search terms showing their relation to each other. The company will also index journals behind subscription walls, so users may need to have paid access to individual sources to fully use DeepDyve.

DeepDyve has about 30 employees, split between offices in Menlo Park, Calif. and Shanghai, China. It has taken angel funding, and is currently looking for $5 to $10 million in venture funding,