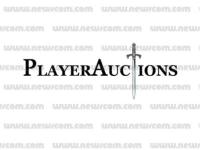 The company is tapping into the demand for markets that allow game players to profit from their heavy investment of time into massively multiplayer online games such as World of Warcraft. Through the secure auction process on PlayerAuctions, for instance, someone could spend alot of time collecting gold in a game and then sell it to the highest bidder online. The secure auction process is already in place at Korea’s Itemmania, which is the sole investor in PlayerAuctions.

Even so, Los Angeles-based PlayerAuctions will face some stiff competition from game publishers who have figured out that players want to get money for their character accounts, digital assets, and other rewards in games. Live Gamer, based in New York, already provides publisher-approved markets for games such as Sony’s EverQuest. PlaySpan is another rival. But PlayerAuctions so far is setting up the markets without the approval of game publishers. (A Live Gamer spokeswoman said that it doesn’t comment on sites that “violate the intellectual property of game publishers.”) PlayerAuctions’ strategy of not seeking permission allows the company to quickly set up auctions for goods in almost any game, but it may lead to headaches later as game publishers start their own sanctioned markets. 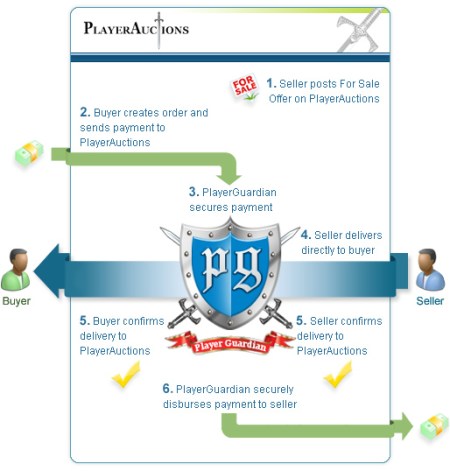 A lot of players trade their digital goods on a variety of auction sites, many that offer no protection against buyer or seller fraud. That’s where PlayerAuctions comes in as a trusted middleman, said  Josiah Adams, managing director of the company.

“Buyers want to enhance their game experience and escape the grind of the game and kick some ass,” he said. “Sellers want to get a reward for their time commitment and get paid to play.”

Itemmania has already done more than 30 million auctions since 2002 in the Korean game market. PlayerAuctions uses the same battle-tested PlayerGuardian secure technology to handle the trades. PlayerAuctions acts as a kind of escrow agent. When buyers and sellers reach an agreement, PlayerAuctions receives the payment and holds it until the buyer verifies that he received the goods. The company’s fees vary, but generally they run about 10 percent of the transaction amount.

The site was in beta for about six months and is now going live with a special discount for members. Adams said that the site has about 500,000 users already. More than 40 games are supported, including popular titles such as World of Warcraft, “Warhammer Online,” “Age of Conan,” and the two “EverQuest” games. Adams said his site guarantees protection against fraud for both buyers and sellers. He said 97 percent of traders have reported positive experiences so far.

Adams said the company is willing to work with game publishers to set up official relationships, as Itemmania has done with publishers in Korea. Itemmania has five million registered users in Korea. PlayerAuctions was founded in 2000 and received the investment in 2007. It has 30 employees.