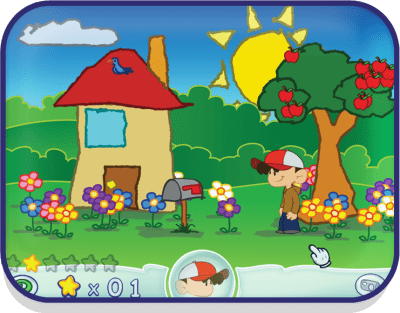 Kids educational programs haven’t been the most exciting market for game makers. But Microsoft is announcing today that it has backed Sabi, a spin-out with an educational game dubbed Itza Bitza that features a novel drawing technology.

With Itza Bitza, children ages four and up can use a mouse to draw objects on a screen. The software recognizes those objects and then incorporates them into the lessons of the game. Children can draw a picture of a house with the mouse and the animated characters will open the door of the house and walk inside. Speech bubbles appear as the characters talk and the kids can trace over the words with the mouse cursor. When they do so, the animated character will pronounce the word.

The game begins with “play sets,” such as “Home Sweet Home,” that include easy and basic words. It gets increasingly difficult as the child completes challenges. It supports young readers with audio word help, so they don’t get frustrated if they get stuck. Here’s a link to the game demo. 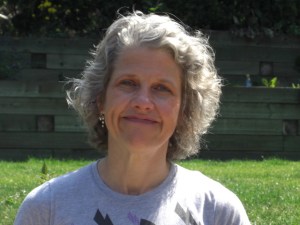 Margaret Johnson, chief executive of Seattle-based Sabi and longtime Microsoft researcher, said that the technology incorporates object recognition technology dubbed “Living Ink.” The technology can identify certain objects and bring them to life, so what a child draws can be used throughout the game.

Her team of five has worked on 35 prototypes over the past three years to get the program right. She did the work under the auspices of Microsoft Research under the direction of Microsoft chief research and strategy officer Craig Mundie. Johnson has worked at Microsoft in a variety of roles for 18 years. 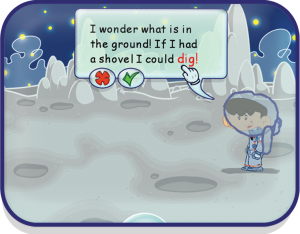 While Microsoft has its own game studios, it isn’t targeting the youngest age group. So the company chose to spin the product out through the IP Ventures program, which has produced six Microsoft spin-out startups to date. The program is aimed at taking technology developed by Microsoft that the company doesn’t plan to commercialize itself and license it to a startup. Several more startups will spin out later this year, said Sharieff Mansour, the director of Microsoft IP Ventures.

Now Itza Bitza is available for sale at $19.99 at J&R stores, the J&R web site, the Itza Bitza web site, and other places coming soon. The Itza Bitza game is the first in a series of creative thinking titles Sabi is working on for children. Johnson said she was inspired to work on the game after struggling to find age-appropriate games for her own daughters. She teamed up with game developers and academics.

Many educational games have been duds, prompting game publishers to avoid the market altogether. According to Johnson, it’s very hard to bridge the gap between academics and successful games. And Mary Flanagan, a professor doing research on games at Dartmouth College, backs that sentiment up. Making learning fun has been the “scourge of education software for twenty years,” she said.

Even so, Flanagan said, there have been recent successes in educational games for all ages, such as Darfour is Dying, Hush, Ayiti: The Cost of Life, and others. There are also brain-training exercise games such as Fit Brains from Vivity Labs and Photograb from Shufflebrain. It remains to be seen if this will amount to a resurgence for educational games.