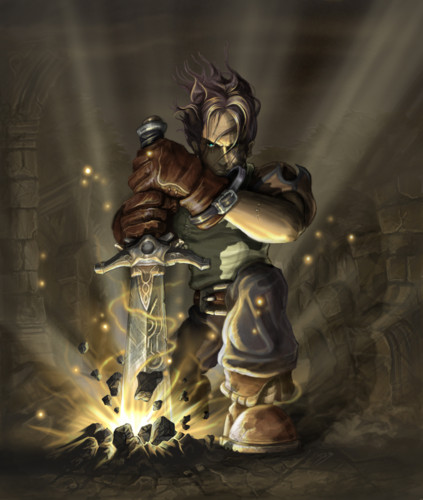 The U.S. video game industry defied economic doomsayers and grew 18 percent in October, the first month of the industry’s critical sales season. Market researcher NPD Group reported that the industry is on a course to hit a record $22 billion in sales in 2008.

That’s surprising, given the weakness of U.S. retailers in October. But it suggests that games are at least somewhat recession resistant, as many observers have been saying all year long, perhaps because entertainment provides an escape from the real world.

Overall, the numbers aren’t bad compared to the scare the industry got from September’s sales, which were down 7 percent from a year earlier. But the problem was that there were big game releases such as “Halo 3” in September of 2007, making it hard to beat last year’s numbers.

The numbers mean that Nintendo is living up to its promise to increase the supplies of the Wii for the holiday season.

But not all the news is good, said NPD analyst Anita Frazier. Console sales were strong, with a 26 percent gain across hardware, software and accessories. But portable sales stalled, dropping 14 percent. Year to date, portable sales are still up 7 percent. One of the reasons could be that Nintendo may have hurt its Nintendo DS sales by announcing that a new version, the DSi, is coming next year.

Microsoft’s price cut produced a bang. Sales were up only 7 percent in October compared to September. But, given September had five weeks and October had four, the sales were up 33 percent. The PlayStation 3 is still lagging, but at least its sales were up 57 percent compared to a year ago.

On software, the Xbox 360 had a good month, with Fable II by game star Peter Molyneux taking the top sales with 790,000 units sold. Sony only had two titles in the top 10 list. But its big title, LittleBigPlanet, was delayed a bit because of a last-minute snafu and it sold only in the last week of the month. Sony said that it generated $369 million in overall sales across all of its platforms in October. Overall, it said 30 new titles were released for the PS 3 in October.

Nintendo had three games in the top ten, including Wii Fit at No. 2, the fitness game that launched six months ago. Microsoft said that Fable II has sold 1.5 million units worldwide. After the Nov. 7 launch of Gears of War 2, Microsoft said it sold 2 million copies of that game.