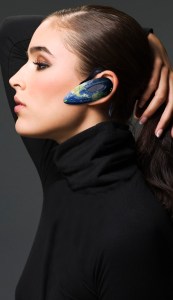 Ditech Networks is launching software for cell phone companies today that will allow them to build Bluetooth headsets and hands-free cell phone car kits with much better call quality.

The company says it has created mathematical formulas, or algorithms, that make it much easier to remove the noise and sharpen quality in a cell phone call for both the person with the Bluetooth headset and the person at the other end of the line.

Ditech’s rivals include Aliph, maker of the Jawbone Bluethooth headset, and audio chip maker Audience.  Aliph custom designs a complete system for its Jawbone head set, which sells for $129. The Jawbone eliminates background noise and enhances the quality of the voice transmitted by monitoring the movement’s of a person’s jawbone. Audience, meanwhile, sells chips that allow for better noise reduction and call quality. The company says it can do so because it models its designs on the way the human ear works.

But Ken Croley, senior director of corporate marketing at Ditech in Mountain View, Calif., says that it takes much less processing power to run Ditech’s VQABlue software on a Bluetooth head set than it does to run on Audience hardware. While Audience’s processors operate at 22 million instructions per second, Croley claims that Ditech’s software can run fine at 6.8 MIPS.

The software could be licensed broadly to customers that already use Ditech’s software for existing phones and headsets. It takes both less memory and processing power, resulting in a phone with less electronic content, lower costs, and better battery life, Croley said.

This launch shows that technology can still trickle down a waterfall. It starts at the high end and moves to the low end. Technology also migrates from special-purpose hardware to software. On a software level, Ditech competes with rivals Acoustic Technologies, Dynamic Hearing, and NFore. Ditech says its solution is better than the rivals because of the combination of high quality, lower cost, and lower battery requirements.

Ditech has put more than 10 years of development into its digital signal processing algorithms, the latest of which are used in the VQABlue software. The software can be used in single-microphone or dual-microphone Bluetooth headsets that sell for $80 to $120. That’s higher cost than the typical low-tech headsets, which typically run as little as $20.

Ditech’s software can run on Bluetooth chip maker CSR’s BlueCore5 multimedia platform chip set. That chip set is widely used in the industry. The software includes noise cancellation, echo control, enhanced voice sharpness, and adaptive listener enhancement. All of that means listeners won’t have to spend as much energy trying to hear the words on a call, Croley said.

Ditech’s customers include Verizon, Sprint/Nextel, Orascom Telecom, AT&T, China Unicom, Global Crossing and West Corporation. Ditech is publicly traded on Nasdaq and was founded in 1997. The company says it has been able to improve the quality of cell phone calls by experimenting with improvements for existing customers. The company has 120 employees.