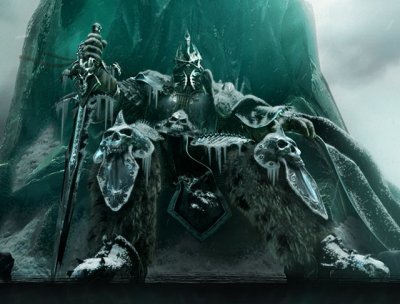 I guess they should rename the company Blizzard Activision. In any case, Activision Blizzard scored big time with the launch of World of Warcraft: Wrath of the Lich King. Published by Activision Blizzard’s Blizzard Entertainment division, the online game expansion for WoW players sold 2.8 million copies in its first 24 hours.

That’s a big chunk of WoW’s 11 million subscribers, which suggests an unusually high enthusiasm for the game, nicknamed “Warcrack” because of its addictiveness. Activision Blizzard said this makes the expansion pack the fastest-selling PC game in history.

The previous record was set in January 2007, when Blizzard Entertainment launched the first WoW expansion, The Burning Crusade. The Wrath of the Lich King was launched simultaneously in North America, Europe, Chile, Argentina, and Russia on Nov. 13. Eight more countries launched by Nov. 18. More than 15,000 stores had midnight openings.

Online gaming hasn’t been measured well by market researchers who focus on retail sales. The monthly console game sales numbers from NPD don’t show this growing side of the game business. NPD’s periodic snapshots of the online gaming business show that it is growing at a healthy clip. The Lich King numbers suggest that game companies that create the marquee titles are going to have happy holidays, no matter how tough the economy.

Of course, not every new game will take off. GameStop’s decline in third-quarter profit, reported today, shows that games are not entirely immune to the slowdown.