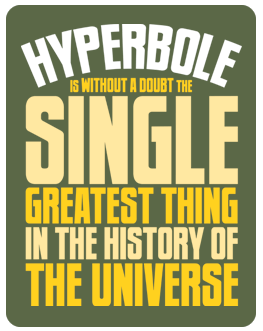 When I saw the headline on CNET’s iPhone Atlas blog proclaiming that “iPhone OS 2.2 Problems Run Rampant,” I scratched my head. After all, I probably use the iPhone more than most people both for regular tasks and the testing of applications, and I haven’t noticed one noteworthy problem with the new update.

So when I read the report, which starts with “Users, in droves, continue to report a bevy of issues…” — that’s “rampant,” “droves” and “bevy” in the first dozen or so words for those keeping score at home on the hyperbole meter — I was still baffled, as I haven’t experienced a single one of the issues listed in the story (disappearing apps, WiFi problems, syncing problems and many others). Then I read the comments on the post, and it appears that basically none of iPhone Atlas’ readers have either.

“I have 4 iPhones in my family that were upgraded to 2.2 and none of them have this issue,” wrote Aquia33

“I had none of these issues (1st gen),” wrote inthefastlanes

“Droves? Rampant? Define ‘droves,’ please! Define ‘rampant.’ Neither I nor any of the many people I know who own iPhone 3Gs and have moved to 2.2 have any of these problems,” wrote NoDroves

If you think I’m just picking and choosing comments to make a point, think again: Those are the first five of 17 comments — and 15 of the 17 comments note that they’ve seen absolutely no problems at all. The two that did mention some problems seemed to be odd exceptions, with only one claiming that this was an “epidemic.”

Epidemic? I know a lot of people who own the iPhone (I do live in San Francisco after all), and I haven’t heard of one person with a major problem since the upgrade. Could some people be having limited issues? Sure, all upgrades cause glitches for some people. But is this a “rampant” “epidemic” happening to a “bevy” of people in “droves”? No.

We all indulge in sensationalist journalism from time to time (see my posts every time Twitter goes down for five minutes), but come on, there’s no need for hyperbole here.