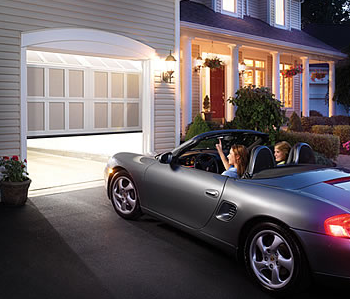 Remember when consumers picked their network carrier first and their phone second? When mobile phone makers competed based on what functions they’d built into their devices — screen size, battery life, camera, and handy carrier-selected applications? Well, those days are all but gone. As independent developers continue to churn out increasing varieties of mobile applications, many consumers will choose a device not for the network it runs on or for what functions are built in but for what kinds of applications will run on it. That means developers will soon have more impact on what devices sell than the carriers or device makers.

Before, in a typical month, around 20 devices would have entered a market like the U.S. Applications weren’t important. They weren’t featured in marketing around the devices and were only downloaded in relatively small numbers. And device marketers I talked to usually considered applications unimportant to sales. For example, until recently, Blackberry email addicts were looked at as a strange sect by these folks. “Blackberry is different, it’s for business guys,” I’d often hear them say.

It really wasn’t until the iPhone became such a success that device marketers began to consider what a large effect applications can have on driving sales. Of course, what applications run on your device depends completely on what platform your device uses. So the big question among device makers right now is, which of the major mobile platforms — Android, iPhone, Microsoft’s Windows Mobile, BlackBerry or Symbian — will prove most popular among developers?

You can see that changed marketing attitude of “See my cool application? It’s on my Nokia/iPhone/G1/BlackBerry/Samsung” in the current network and device commercials.

Of course, profit-orientated mobile application companies continue to adapt their applications to run across a variety of platforms. For them, it’s about the number of users they can reach, and so the largest platforms — Symbian and Windows Mobile — still may be considered the most important. But for developers, it’s Android, the newest platform to hit the market, that’s starting to have a special appeal. Android appears to give developers more rights and, therefore, the ability to create more powerful and exciting apps than we’ve seen on other platforms. Sure, the iPhone platform has a more visible following, but I predict that in the coming months we’ll increasingly see blogs covering Android developers taking advantage of the platform’s freedom.

There are some interesting things that Android offers, which its rivals don’t. For example, a developer built an app where he can open his garage door using his Android G1, as StartupMeme covered. It’s just one glimpse of what Android’s “embedded device” strategy enables. Explanations on how to do that have sent the imaginations of other developers spinning.

There’s more to come, and I’ll update you as more developers come up with examples of what can be done on Android. One idea a developer recently suggested to me was making an open source Flash player even before Adobe releases anything official. Flash may be a stretch, but it would be doable by someone with good knowledge of existing open source Flash players and some knowledge of the Android platform within a week, they said.

It’s worth noting that, until update RC29, G1 users were able to gain administrator rights (aka “root” rights) to the platform. Root rights let developers write applications that run on the native Linux system and not necessarily on the sandboxed Dalvik/Android Market interface G1 users are accustomed to. Root rights means a lot of additional freedom for developers. Calling these root rights a “security leak,” Google tried to close up access to them with its RC30 update. Of course, there are ways to circumvent it and my understanding is that many developers will continue to have root access. Applying these rights is very intriguing for a variety of IT guys. I recently talked to system administrator who fantasized about being able to sit at the beach and do most of his work from an Android phone with root rights. I’ve also heard about developers using these rights to get online with a laptop via their G1 connection (also known as “tethering”). That’s an example why giving developers root rights is troubling for operators — they charge an extra $30 a month for that kind of service and want to continue to do so. Even if increased carrier pressure is forcing Google to clamp down on root access, it still will get short-term marketing benefits from developers showing off their inventions.

One developer has already enabled the well know Linux distribution Debian to coexist with Android – with all of its thousands of existing tools now available for the T-Mobile G1 Android phone.

While all that may be economically insignificant, it’s pretty cool to developers. (I’ll bet there’s a PowerPoint slide somewhere at Google that lists “Android root rights” under the header “developer marketing.”)

For device makers, getting developers to use their platform is going to be key to effective marketing, because the more cool apps that are available for their platform, and the more articles written about those apps, the more users will want to own that platform. As things stand today, forthcoming Android devices look like they’ll have a solid advantage with the developer community coming out of the gate.