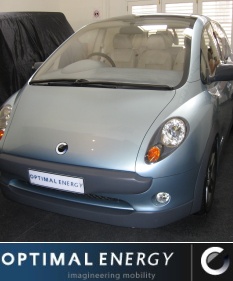 The entire world hopes to start driving electric cars soon, and Africa, despite its reputation for poor economies, is no exception. Luckily, a South African company called Optimal Energy is working to release a vehicle in 2010.

And unlike the many attempts to make electric cars as small and cheap as possible, the vehicle, called the Joule, will be a highway-speed, multi-passenger model aimed at the same people that buy full-priced four door vehicles, making it a good fit for Europe and the United States.

Optimal has the benefit of strong support from its government, which has put money into the company through a research investment fund. Having such backing gives Optimal the time to pay close attention to its engineering and design choices.

That has resulted in some some uncommon bonuses for buyers, like an optional solar panel integrated with the roof that will help charge the car, and varying seat designs — the standard model will have six seats, three front and three back, but North Americans would likely be more comfortable with four.

One interesting design choice affects both the physical car and its business model. The Joule will have an adjustable chassis that can fit a variety of battery types and sizes, so the company won’t be tied to using a particular technology. The battery will also be offered on a separate lease, to help ease the pain of simultaneously paying for the vehicle and, effectively, several years worth of fuel. Customers will also have the choice of paying for a smaller or cheaper battery to save money.

But even without the battery included in the price, the car won’t be cheap by local standards. While Optimal’s CEO, Kobus Meiring, isn’t ready to set a firm price yet, he says vehicles in the same class go for about 220,000 South African Rand, about $22,000 dollars. Compare that to the Tata Nano, sold in the same market. The Nano’s lowest price is around $2,200 – and it is still far out of reach for the poorest South African families.

That leaves plenty of potential buyers, but focusing only on the local market would be a mistake, says Meiring. “You really have to be a global player,” he says. “There isn’t a manufacturer in the world that remains successful by staying only in its own country.”

So far, the company has completed much of the design, and recently showed off the vehicle at a popular Paris auto show. It was well received, according to Meiring. That’s not a hard claim to believe; up close, the prototype model comes across as sleek and modern, and the car is supposed to have a robust range of almost 250 miles, and top speed of about 80 miles per hour.

While Optimal is also working on a three seat design and a truck, the Joule is furthest along, and the company is bulking up rapidly to reach production. It currently has 79 employees, primarily engineers, and is planning to open a manufacturing facility near its headquarters in Cape Town, or in another South African city.

What the company still needs is money, although perhaps less than companies based in countries with more expensive labor. It also needs international partners to begin selling the car, once it’s in production. Meiring says he’d be interested in forming partnerships similar to the one Think, a Norwegian electric car maker, set up with two American venture capital firms.

With any luck, the pieces will all fall into place — it’s not hard to imagine a Joule parked in an American driveway. 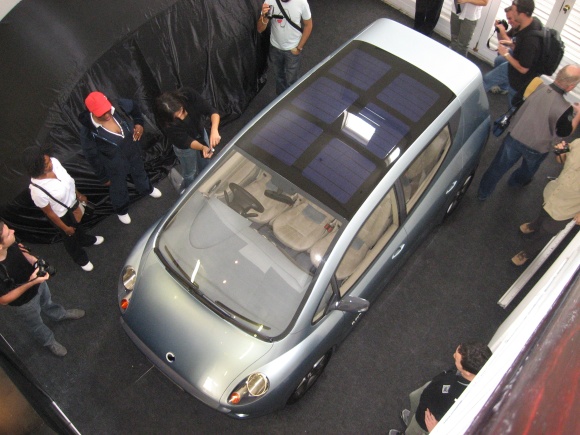