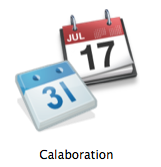 If you own an Apple computer, chances are you’re torn between using iCal, Apple’s built-in calendar program, or one of the online calendar services. Today, the Google Mac team has released a tool that makes using Google Calendar with iCal a breeze.

The tool, called Calaboration (get it?), is a simple program that walks you step by step on how to set up your Google Calendars to sync with iCal. It’s a two-step process — you sign into your Google account and then select what calendars you wish to move over. Very simple.

Power users may know that the option to sync Google Calendar with iCal has actually been around for a while thanks to the CalDAV (an online calendar protocol) support. But the old way (which I went through)  involved tediously copying and pasting long links from Google Calendar into iCal. And considering I have over 10 calendars and three computers — it was annoying to say the least.

Now, it shouldn’t be an issue for anyone. With the two synced, you’ll be able to update and add events from either and they will sync back to the other almost instantly (assuming you’re connected to the Internet).

One annoying thing this doesn’t resolve is iPhone support. I would love to be able to add events from my iPhone and have them sync over the Internet with Google Calendar. For right now, you still have to sync your iPhone with your computer first to transfer over new entries. 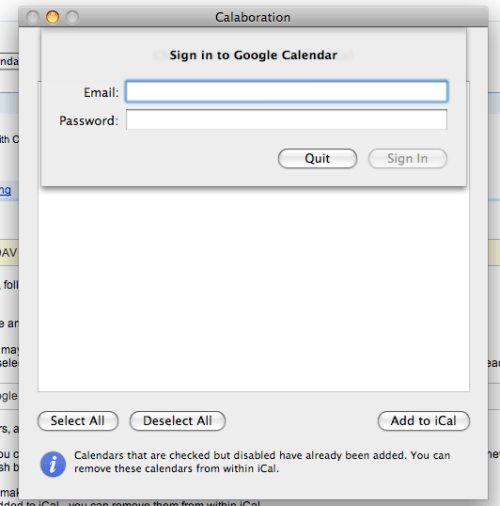