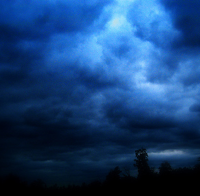 If you have an Apple iPhone or a T-Mobile G1 (the first phone to run Google’s Android software) you’re probably a fairly affluent person. And now Google and its customers using AdWords, its online advertising system, can take better advantage of that wealth with ads targeted directly at you.

A new checkbox in the AdWords advertising set up process allows you to target “iPhones and other mobile devices with full Internet browsers.” Clicking this box will allow you to create an advertisement that will only show up on these devices. These ads are entirely different from Google’s regular mobile ads which are meant to be displayed on devices with smaller screens that cannot render full HTML web pages.

It’s interesting just how much Google is highlighting the iPhone for this new program over its own G1 device, but of course the iPhone is still much more popular, and ads work best when more people see them. And, as Google notes in its post on the matter, “As additional devices that use full browsers enter the market, your ads will show on those phones, too.” One can assume these “additional devices” Google is hinting are the wide range of phones running Android due to be released in 2009.

“It’s a gloomy day at the Googleplex [Google’s headquarters],” Google mobile ads product marketing manager Alexandra Kenin says early on in her walk-through video (embedded below). While that may just be an offhanded comment about the weather, it rings true when applied to the state of Internet advertising, Google’s main vein of money.

But this is a smart move; Google’s business model is largely tied to targeted advertising, and giving customers the option to target a handful of devices (relatively speaking) is just that. Despite the economic downturn, mobile remains a hot area and may just offer Google a small break in the clouds.