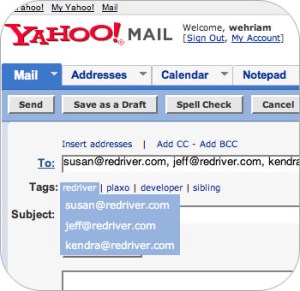 Yahoo may turn email into developer platform: GigaOm reports that the beleaguered company may open up its Yahoo Mail platform so that developers can build apps that run on top of it, much like developers do for Facebook.

Brickhouse to shut down?: While Yahoo may be opening up Yahoo Mail, it looks like it could be closing down its Brickhouse new product business unit which is based in San Francisco, sources tell TechCrunch.

Missed capital calls start to accumulate for VCs: Washington Mutual is among the limited partner investors that have missed capital calls from venture capital funds. By reneging on promises to invest money on a regular basis, these investors are causing a cash short at some VC firms. The Wall Street Journal has more.

Vodafone announces $3 million fund for mobile innovation: European mobile carrier announces fund to invest in technology that can change the world. (Just don’t start a company that will crack open the cell phone oligopolies). The first recipients will be the winners of a Wireless Innovation Challenge.

Ex-Newsweek chief to head Buzzwire: Greg Osberg, former president of the news magazine, will be the CEO of the Denver-based mobile video company.

HP plans to further integrate EDS into services business: After selling his company to HP for $13.9 billion, EDS chief Ronald Rittenmeyer has decided to retire. HP, meanwhile, will fold more of EDS into HP’s own business.

Money transfers via cell phone to be offered by Vodaphone and Western Union: The two companies will take advantage of the rise in cross-border remittances to work on a new cell phone money transfer business. The Wall Street Journal has more.

Intel claims advance in optical computing: Intel has created another component in an optical computer that will get it closer to making blazing-fast computers that take advantage of the speed of light. 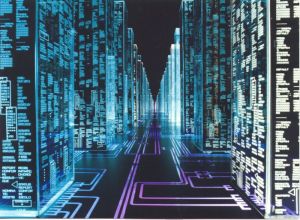 Thieves are winning the cyber hacking war: Cyberthieves are stealing $100 billion a year by preying on unsuspecting computer users. It’s only getting worse, according to the New York Times.

YouTube gets 100 million viewers in October:Google’s video sites, including YouTube, still have more than 53 percent of the viewing market.

Tribune files for bankruptcy: The owner of the Los Angeles Times, Chicago Tribune and Chicago Cubs files for Chapter 11 to stave off debtors.

Rustic Canyon sells part of its portfolio: The Los Angeles venture firm has cut a deal with Saints Capital, a secondary acquisition firm, to gain liquidity.