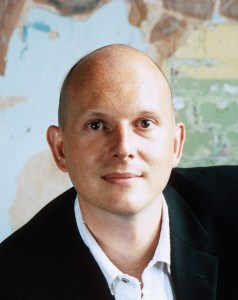 When he was president of Sony Worldwide Studios, Phil Harrison was focused on creating new gaming experiences like the karaoke-based SingStar franchise, the Hollywood cinematic series, The Getaway, and the user-generated toolbox called LittleBigPlanet. Harrison, now president of Atari/Infogrames, explains how the decisions he made in building some of these successful global gaming franchises for Sony Computer Entertainment are impacting the choices he makes in leading Atari down its revitalization path.

VB: While over at Sony, you helped make Media Molecule’s LittleBigPlanet a reality. Now that the game is a success, what impact do you see user-generated content having in games moving forward?

PH: LittleBigPlanet has clearly demonstrated that there are many more players who are passionate about creating levels for others to play. That is a fantastic step forward for our industry. It will be realized in different ways by different products in the future. This idea will be brought to life again in many different ways and many different game genres. I think it was a fortunate coincidence that LBP and Spore shipped around the same time because they were both pushing the same type of innovation.

VB: Will user-generated content be a part of Atari’s new strategy?

PH: It’s absolutely part of our strategy and the reason we’re so committed to an online business model and an online strategy for our company. It’s about the power that can be unleashed by your players and the content they can create.

VB: You also introduced gamers to SingStar and the music genre — bolstered by that franchise along with Activision’s Guitar Hero and MTV Games’ Rock Band — has now surpassed sports as one of the leading game genres. What are your thoughts on that?

PH: Isn’t that amazing? I think music and videogames have always been very closely related, just not in the same product. Music has always been in the soundtrack of games. Even during the early days of gaming before soundtracks existed players would put on a record or tape and listen to music while playing a game. Now with technology being able to mash up different genres and experiences more seamlessly, music, interactivity and graphics are really made for each other. The latest gaming consoles make it possible for music, music performance, and music capabilities to be a natural combination.

VB: Where do you see the future of music and games?

PH: The future of music and games is obviously online, where you can bring music, music performance, interactive and community, specifically the ability to generate content and download content. I think a whole new art form can be created, but don’t get me started because I can talk about that for hours.

VB: We saw with Guitar Hero World Tour the ability to create and share music online?

PH: That experience, as brilliant as it is, is still defined by the functionality of the instruments that you are connected with. If you could start to use community and video uploads and performance uploads, that self-expression and sharing with friends and others around the world is a powerful force.

VB: When you were over at Sony, despite the fact that Sony owns movie and television studios, there wasn’t much, if any, convergence — even Spider-Man went to Activision. Why did you stay away from Hollywood?

PH: I had a very clear agreement when I was at Sony, which was to build and create original IPs and that’s what I encouraged my teams to do. That’s where we found the most satisfaction as a business — generating and creating new IP. But in my new role at Atari I’m very happy to be working with other IP either on a licensed basis or creatively or to build something new out of something that’s pre-existing.

VB: At Sony, you greenlit the very cinematic The Getaway franchise, which featured actors motion-captured on sets. What are your thoughts on the future of Hollywood and games?

PH: As for the future of games and Hollywood convergence, it’s a bit of a double-edged sword. I believe that deep down there will always be a strong desire for linear storytelling. While the stories and character development and interactivity in games is all getting more sophisticated, at the end of the day there’s a strong desire to sit down, open a beer and press play and let a two hour story unfold. I don’t think that will ever go away completely, but I think games will increasingly be able to work from the same toolbox that filmmakers use, not just from a technical standpoint but from an artistic point-of-view.

VB: Where do you see the future of games heading?

PH: I don’t think the games industry is going to be making too many single-player epic stories any more. I think consumers are demanding that games be embedded with multiplayer, community and expandable options moving forward. Those are the games resonating most with our audience and single-player games are becoming less relevant as time goes on.