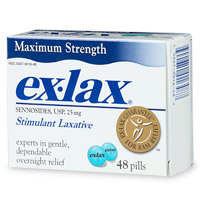 Are you a developer hoping to launch a new iPhone application in Apple’s App Store before the new year? Well, be prepared for a wait, there’s a bit of a backlog.

The approval process for the App Store is generally shrouded in secrecy. Developers often have no idea when or if Apple will approve their applications, and like everyone else, just have to wait for them to appear in the store. But now Apple is notifying developers that there’s a backlog in the approval process that may push the availability of recently submitted apps past Christmas and into the new year, we’ve learned.

Several app developers have told us recently that the wait time (both for new apps and new versions of old ones) has increased greatly in the past few weeks. The backlog even forced one developer to make a work-around hack for his application, TwitterFon, to fix a bug. The approval process took well over a week, whereas it had taken two to four days in the past, developer Kazuho Okui said. The new version took so long to be approved that Twitter actually fixed the source of the bug on their end before Apple had approved the app.

I reached out to Apple for comment after getting several of these reports but have not heard back. But at least now they’re apparently letting the app developers know about the backlog, which is important because many have been trying to set up press coverage for their apps but had no idea when they’d be available. That’s not a huge problem if the launch window is only a few days, but if it’s a week or more, it’s annoying for both developers and those of us covering the apps.

At least one company has already scrapped a pre-Christmas launch after hearing about the delay and instead will shift everything forward to the Macworld Expo event in January.

The reason for the backlog is unknown, but given that it seems to have started around Thanksgiving and now Apple is apparently bracing for it to last past Christmas, I’d guess that it has to do with employees taking time off for the holidays. Either that, or maybe they’re just getting bombarded with a ton of crude apps, now that Apple is being more lenient on letting those in the App Store.