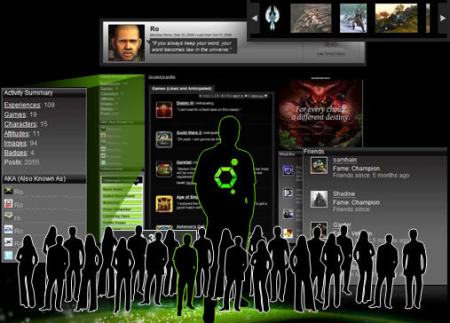 GamerDNA has launched a new way to discover games that fit your tastes. The new service is part of the company’s social network that finds out everything about your gaming habits across a variety of platforms and lets you share that data with friends.

The Cambridge, Mass.-based social network for gamers launched its Discovery Engine today. The engine identifies new games to play that fit with a player’s individual interests and preferences. It isn’t just another game marketing program that upsells you to a game based on one you’ve bought recently or a web page that you’ve looked at.

Jon Radoff, founder and chief executive, said that the Discovery Engine is based on more intimate details, such as the games you play, how far you progress into each game, and how much time you spend playing. The service suggests friends who match your tastes and figures out  what games you might want to play. As an example, you can say that one of the features you like about the game Fallout 3 is its “dark humor.” The engine will find you other games with dark humor, such as Valve’s Portal game that came out last year. The engine can thus deliver more accurate recommendations than you would find by simply buying a game on Amazon.com. 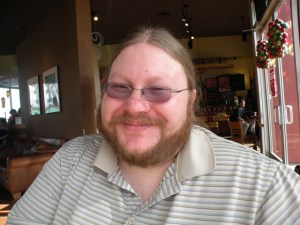 When you sign up for GamerDNA, you put in your login information for a number of game platforms, such as your Xbox Live gamertag (identity), the web games you play, your Xfire account (instant messenger network for gamers), and the sign-ons you use in various online games. The company then automatically aggregates all of your data — such as the games you play, the achievements you have in each game, and your friends — and makes it available to you from the GamerDNA web site. There, you can make friends who have similar tastes.

“We’ve tossed out the one-size fits all mentality,” said Radoff, who started the company in 2007 because he wanted to make gaming into a more social experience. “The problem for game companies is that they truly haven’t known who their customers are.”

GamerDNA lets players take a quiz that helps define their behavior as social, competitive, and humorous. It also dissects the gamer’s taste for game settings, tone, types of heroes or enemies, and game play.

Radoff argues that this kind of social network captures a more accurate profile of someone’s gaming habits than any single online game service, such as Valve’s Steam network or Microsoft’s Xbox Live. The company makes money if gamers buy something that GamerDNA has recommended to them. It takes something like a 5 percent to 8 percent commission on a sale. That model is similar to the one used by social music sites iLike, Pandora and LastFM.

There is a lot of competition. Electronic Arts bought Rupture — a gamer social network started by Napster founder Shawn Fanning — earlier this year for $15 million but has kept fairly quiet about it so far. And Raptr, headed by former Doom champion Dennis Fong, raised $12 million in September. Other rivals include Vigster, MyGameMug (which is focused on casual gamers), GameStrata, and UGame.

GamerDNA has decent traction. It has 350,000 registered users and is adding 1,000 per day. It collects data from a variety of sources, including online games such as Warhammer Online and World of Warcraft.

But the growth is stunted to a certain extent by companies that don’t share their gamer data, such as Sony, which is keeping data collected through its PlayStation Network for the benefit of its own social network, the virtual world known as Home. Another issue that could slow down adoption is trust. Some gamers may not trust another company with their private information.

Radoff says one of the things he has learned from the trend data, which the company posts on its blog, is that the distinction between casual and hardcore gamers is an artificial one. Rather, gamers tend to change their habits at any given time, based on who they’re with or what mood they’re in. Another fact: If you want to meet real female gamers (and not just those pretending to be female) in World of Warcraft, you should look for people playing as Alliance Druids.

GamerDNA raised $600,000 in seed funding from Flybridge Capital Partners and then raised a subsequent round of $3 million from Flybridge in April. About the same time, the company acquired 360Voice.com to extract data about gamers who play Xbox 360 games on Xbox Live. The company has 19 employees. Radoff declined to comment on whether the company is raising money.

Radoff started his first game company, NovaLink, in 1991. The online game company launched the Legends of Future Past text-based adventure game. He also started an enterprise community-building software company, Eprise, and took it public in 2000. That transaction made him rich and he took time off from 2002 to 2006. During that time, he returned to gaming as one of his favorite pasttimes.